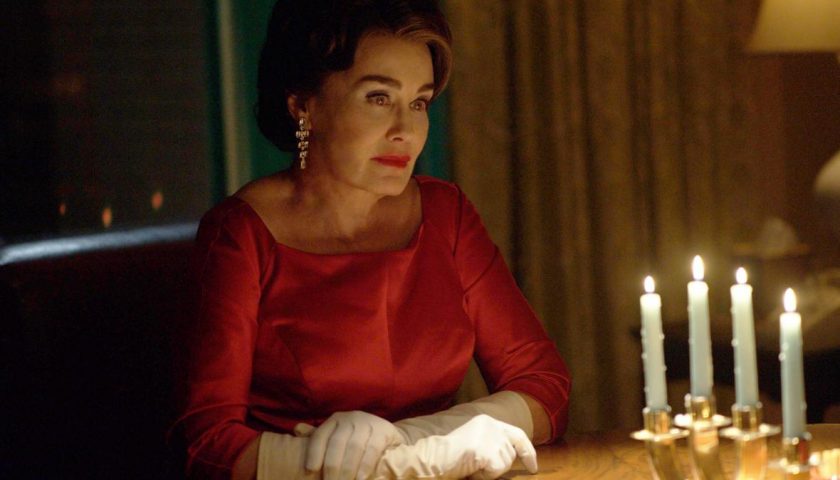 FX’s Feud: Bette and Joan had a disappointing beginning, amounting to an elongated complaint against pervasive Hollywood sexism, padded with spiffy production design and powerhouse acting. But in its closing stretch, the series narrowed its focus, to vital effect. Feud got a shot of adrenaline in Episode 5, in which Jessica Lange’s Joan Crawford successfully schemed to deny Susan Sarandon’s Bette Davis a Best Actress Oscar for Whatever Happened to Baby Jane?—and, on top of that, to ensure that she would be the one to deliver the killing blow, announcing the real winner’s name. Packaged in an hour of prestige TV, the scheme made for a thrilling series highpoint. But it also introduced an important new normal for Feud: The episode was mostly told from the perspective of Crawford—the snubbie, the saboteur, the tragic villain. Feud became her story.

Feud was marketed as a frothy account of the infamous Davis-Crawford catfight, with screen time to be split between them. But the feud itself lacked bite, and Ryan Murphy and co-creators Michael Zam and Jaffe Cohen could get both redundant and stiff when lingering over the actresses’ vicious back-and-forth. With its Oscars episode, the show was briefly put in Crawford’s—and Lange’s—hands. She never gave it back.

This was to Feud’s absolute benefit. Murphy’s overriding interest in the treatment of actresses of a certain age could have applied equally to both Crawford and Davis, but, as Feud seemed to discover over the course of its eight episodes, Crawford’s final years were both richer and more thematically significant. Her post–Baby Jane career was briefer than Davis’, and the turmoil of her personal life—the pending publication of her daughter Christina’s memoir Mommie Dearest, the sheer loneliness of her day-to-day existence—was due for sensitive reexamination. Increasingly, Murphy seemed determine to rewrite Crawford’s legacy, to render her not a monster of anger and entitlement, but a dimmed star whose community looked the other way when she most needed it.

This gave Feud a fittingly mournful center, a chance to spread its wings once it finally left the set of Baby Jane. Following the Oscars came “Hagsploitation,” an episode driven by Crawford and textured by the sad circumstances under which she found herself back on a set with Davis and director Robert Aldrich (Alfred Molina). She was more volatile than ever, low and beaten as she went to do press for Strait-Jacket, a horror film mainly famous now for the absurd image of Crawford wielding an axe. Once again, Crawford came across as a vindictive figure in “Hagsploitation,” senselessly hurling a glass vase at her housekeeper, Mamacita (Jackie Hoffman), and snarling at her brother as he was about to go into surgery. But the episode’s tighter focus allowed her to operate with more agency. In the final episodes of Feud, Crawford’s behavior was determined less by parallels to Davis, and more by her own experiences. Without the need to delineate her motives quite so rigidly, Murphy and his team managed to create a more complex character, still vain but also yearning, equally selfish and isolated. The result wasn’t only devastating. Through Lange’s deft portrayal, Crawford was more sympathetic, too.

Feud could never quite conjure the same emotional intensity with Davis, whose relatively muted story arc involved the troubled relationship with her daughter B.D. (Kiernan Shipka) and the difficulty of finding recognition exclusively through her talent, as opposed to her looks or personality. It was often when Davis was onscreen that the show resorted to speechifying about the Hollywood misogyny; it had ideas to spout but precious little to drive them home. Crawford, conversely, was Murphy’s heroine. Through her deterioration—her alcoholism, her feigned illnesses, her obvious mistreatment by her ostensible creative partners—he came to blistering conclusions about the role of age and gender in American culture. With Davis, the effects of sexism and ageism needed to be made explicit. But when the camera found Crawford, her fate was right there, in Lange’s gait, her frown, her wailing for someone to give her the time of day.

Feud‘s finale strived to retain a balance between the two, but it was clear by then where the show’s real interests lay. Spanning the final decade in Crawford’s life, the episode wistfully brought her to the end of her career, spending generous amounts of time on her scattered state of mindas her body began to go. Davis, meanwhile, was more defined by Crawford than ever: mulling whether to call her and make peace, confronting industry backlash as only her old Baby Jane co-star could understand. A gorgeous dream sequence brought the two together, if only in the abstract, but its emotional pull—its combination of delight and melancholy—was all Crawford, all in the regrets and the resentments that she carried to the end.

To close it out, Feud took us back to their first day on the Baby Jane set, before the rivalry really kicked into gear. “I hope I’ve made a new friend,” a vulnerable Crawford said to Davis. Davis darted back a sharp look before softening: “Me too.” A moment intended to reflect on the unfortunate, inevitable fate of their relationship, it instead left us with Crawford as its primary subject: how wounded she’d initially come across, and how harrowing her journey from there would be, even beyond death and through to her tarnished legacy. Feud intended to spotlight a sensational battle between Hollywood royalty to make a broader commentary on the industry, in all its glory and its depravity. But ultimately, it was the steep, sorry, quiet fall of one queen that said everything Feud needed to say.