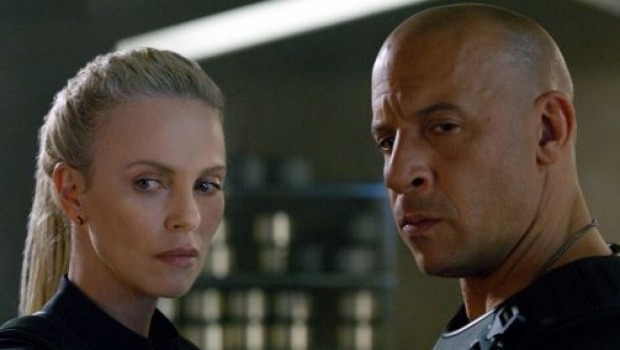 Star Wars, Harry Potter or indeed the almost century-old comic book legends Batman and Superman may have sprung from a rich creative well, but in a stunning twist all of them have been banished to the box office naughty step.

The Fate of the Furious, the eighth film in the Furious franchise, has smashed the world record for global box office takings on its opening weekend, pulling in a breathtaking US$532.5 million (NZ$757.68m).

Think about that for a moment: that’s half a billion US dollars, in a couple of days, for a film whose character names and narratives could hardly be counted alongside the likes of Darth Vader, Hogwarts, Krypton or Gotham City.

Somewhere out there, past Coruscant and the outer rim territories, Kylo Ren is shaking his Easter Show showbag face mask in shame.

The eighth “Furious” franchise film, which an unforgiving critical eye might say is maybe a few classy car chases ahead of a video game, stars Vin Diesel, The Rock, Ludacris and Charlize Theron.

It is the first film in the franchise not to star Paul Walker, who died in a car accident in 2013.

Curiously, the stunning global debut for the film seems to come at a time when its domestic US popularity has waned.

In US cinemas The Fate of the Furious pulled only US$100.2m, down from the US$147m its predecessor – Furious 7 – made on its opening US weekend.

That means the balance of its pot of gold – some US$430m – comes from international markets.

Here are some numbers to think about: these are the top five films of all time, based on global opening weekend – that is, revenue both in the US and international markets, on their opening weekend only:

On the basis of US box office alone, it falls to a stunning 42nd place on the same list, behind, well, everything: The Force Awakens, Jurassic World, a bunch of Marvel movies, Iron Man, some of the Harry Potter films, The Hunger Games, Deadpool, Finding Dory and, more recently, even Beauty and the Beast.

Nonetheless, the results will be good news to Universal, who invested in the film to the tune of a US$250m budget, plus the assorted additional costs of marketing and exhibiting the film.

A ninth film in the franchise is planned for 2019.