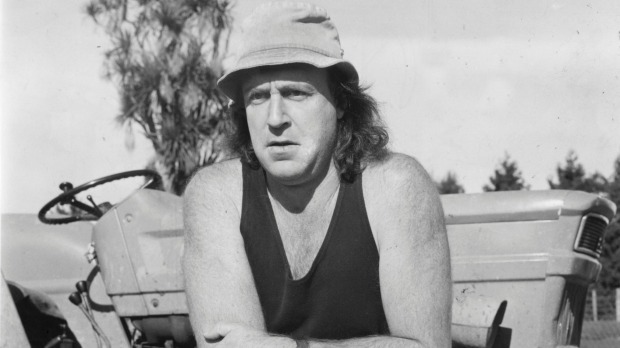 OPINION: Despite the death of John Clarke, fortunately the agricultural sector has not lost one of its best communicators – the character he created, Fred Dagg.

In Dagg, a stereotypical farmer, the nation once found everything we loved about the New Zealand character; astutely irreverent and happily uncomplicated.

His character resonated across subsequent generations. Without knowing how, my teenage boys have absorbed the Gumboot song and the vernacular of not knowing how lucky we are, and kicking it in the guts.

The fondness Dagg crystallised has served farming better than we realise. He’s one of the reasons so many urban people think they know a farmer. His character, like those of Wal Footrot and Dog, is why New Zealanders still tell researchers think the personality traits of our farmers are the same as the national character.

For the agricultural sector, Fred Dagg was a very useful accident.

In the 1970s New Zealand was industrialising. The golden years of sheep and dairy farming to the United Kingdom were collapsing. The butter mountain grew. Subsidies sparked animosity.

Inadvertently on the part of Clarke and farming itself, Dagg maintained an affectionate link between the country and an increasingly urbanised New Zealand.

The character was conceived as a satire of farmers, used to reveal truths about New Zealand life.

His skits poked the borax at farming subsidies and whingeing. They also exposed the hypocrisy of politicians, and the institutional pursuit of ordinariness.

I’ll not forget the skit in which Dagg tuned his aerial to get the second TV channel that started broadcasting in 1975. Modernity met head-on the New Zealand penchant for cheapness and DIY.

Back then, the farming sector disliked Dagg – for much the same reasons they still do.

Dagg was unsophisticated, sloppy and disrespectful of New Zealand institutions that took themselves seriously despite their glaring failings. That included the agricultural sector.

Dagg is part of an agricultural past that many now think too unsophisticated to be up to the challenges of modern agriculture. Now we’re all about digital metrics, marketing plans and laboratory research.

It’s not surprising that modern agriculture is so serious. There’s money at stake. And urban New Zealand appears disdaining.

Dagg is a reminder that you don’t get loved by being right, successful or even necessary.  You do it by being human; all frailties, hopefulness and whimsy.

This is important to a sector that’s desperate to be loved. Too desperate. You can’t win by piling up numbers, by controlling the message and paying for campaigns to “tell your story”.

The lesson of Dagg is that the way to the hearts of New Zealanders is to join them again in real life – to reflect what we like about ourselves, and also what’s a little silly.  Dagg was a happy accident. He, or a version for these times, could emerge again if the sector can lighten up enough to let it happen.

Mark Blackham is a Director of Wellington-based BlacklandPR, which specialises in public relations for the rural sector.