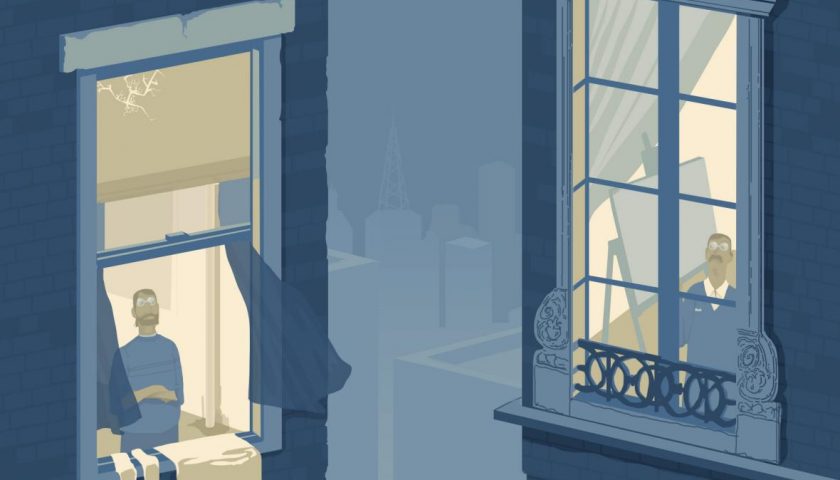 Richard Florida is back with another theory about how to fix American cities. It’s a pipe dream—and even he knows it.

What is wrong with America? For urbanist Richard Florida, a key answer lies in our malfunctioning cities, where the clustering of people and capital is “at once the main engine of economic growth and the biggest driver of inequality.” That is the Janus face of the modern American metropolis. In The New Urban Crisis, Florida sets out to prove that this is what’s happening and show how we can fix it.

It has been 15 years since Florida’s book The Rise of the Creative Class took the world of economic development by storm. His thesis was that prosperity was generated by the attraction of “creatives,” defined as a group of 38 million Americans (as of 2002) whose work required the creation of “meaningful new forms.” This included everyone from painters, architects, and engineers (the “super-creative core”) to “creative professionals” in industries like health care and financial services.

Mayors welcomed this theory of growth that put the attraction of human capital over corporate geography. Instead of delivering tax breaks for headquarters, factories, and stadiums—the dominant mode of economic development, then and now—cities just had to make themselves cool. Creative class theory was alternately embraced and vehemently disputed. Florida later conceded that creative hot spots tended to benefit mostly the creative class itself.

At the time a professor of economic development at Carnegie Mellon, Florida leveraged the success of the book into a consulting firm, Creative Class Group, and became an urban planning celebrity. The Atlantic’s CityLab site, which he helped found (and where I worked in 2012 and 2013), served as an official organ for the new urbanites. A parody Twitter account, Dick Florida, sends up Florida-style urbanism with missives like this: “Roses are red/ Violets are blue/ I’m a creative/ Here to displace you.” Eagerly, amicably engaged with critics, peers, and new ideas, Florida has been a source of controversy ever since.

It’s safe to say that The New Urban Crisis will not generate the same kind of heat. Florida’s latest brings some new data into a competent synthesis of contemporary thinking on cities and inequality. As you might expect from a book that aims to diagnose and solve the problems of global urbanization in a little more than 200 pages (with 100 more of appendices and endnotes), its content falls short of its ambition. Florida devotes just 18 pages to the megacities of the developing world. Most of his suggestions, like so many of the glittering renderings and fantastical maps that populate contemporary discourse about cities, are both theoretically appealing and practically infeasible. The right ideas at the wrong time.

Florida’s answer to that question is: both. He also calls for zoning reform, investment in the infrastructure for density, affordable and centrally located rental housing, raising service industry wages, and investing in people and places to tackle concentrated poverty.

Wouldn’t that be nice! It’s indicative of the tenor of this book, which is heavy on studies from sociologists and economists (at one point, there’s a page where more than half the sentences introduce a new ratio), but addresses history only in short anecdotes, and politics hardly at all.

This blindness to the perversity of American politics (which Florida otherwise follows closely) weighs heavily on the book. Florida calls for investment in high-speed rail but doesn’t mention the California high-speed rail project, which is underway, or the Obama administration proposals scuttled by Republican governors in Florida, Ohio, and Wisconsin. He calls for transit in sprawling cities but doesn’t mention the trials of Houston’s light rail network or the failure of Detroit’s regional transit plan. He’s right to advocate for a land tax as a solution to constrained urban development, but it was only five months ago that Southeast Michigan’s entire business community couldn’t muster support for a minuscule property tax for trains and buses.

Those are some of the ideas to create “urbanism for all.” Other coinages to add to the Floridian lexicon include “Patchwork Metropolis,” in which segregation persists but not in the traditional rich suburb–poor city doughnut form; “the New Urban Luddites” (i.e., NIMBY forces); “winner-take-all urbanism,” in which some cities pull away from the rest; and the “Superstar City Index,” a list of those places, which includes the U.S. cities of New York, Los Angeles, Chicago, Washington, and San Francisco.

But when it comes down to showing how these places have become more unequal than their peers, Florida falters. His list of top cities by wage inequality includes the coastal hubs of San Jose, California; New York; Los Angeles; Washington; and San Francisco—but also the Sun Belt metros of Austin, Texas; San Diego; Raleigh, North Carolina; Dallas; and Atlanta. “Economic segregation is greater in bigger, denser metros with large concentrations of high-tech industries, college graduates and members of the creative class,” he writes. But his list of cities by income segregation is topped by Cleveland; Detroit; Memphis, Tennessee; and Milwaukee. A subsequent chart measuring metros by the segregation of the poor is similar. Segregation of the wealthy? The top three are Memphis; Birmingham, Alabama; and Louisville, Kentucky. For the less educated, segregation is highest in the Sun Belt metros.

Does inequality hamper growth? Or accompany it? On one page he writes both:

And the “New Urban Crisis Index,” a Floridian composite of economic segregation, wage inequality, income inequality, and housing unaffordability, basically cuts across all the categories of cities that he has taken the trouble to classify. Los Angeles and New York are in the top ten, but so are Miami, Austin, and Memphis. If we expand the list to include smaller cities, Bridgeport, Connecticut; Tallahassee, Florida; and Fresno, California, would also be near the top.

You’d have to have an awfully good sense of geography to figure out what, exactly, this sorting is telling us about the American city. The question becomes: If cities so different—high-crime, impoverished Fresno and capital-of-the-future San Francisco, for example—have indistinguishable problems with inequality and segregation, is this really an urban crisis? Or something rooted in deeper and more pernicious qualities of the American economic model?

Florida’s suggested solutions seem to indicate the latter. After years of studying cities, he has come to believe the problems are more deep-rooted and systemic than a region can handle. His ideas include fixing federal housing policy, a universal basic income, and Washington’s leadership on cities abroad and at home. “To solve a crisis this deep and systemic,” he writes, “we must put cities and urbanism at the very center of our agenda for economic prosperity.”

But then, just as Florida was finishing up his book, came the election of Donald Trump. Earlier drafts of the book worked up to a Clintonian gambit: a national Department of Cities and Urban Development tasked with economic development, job creation, infrastructure, affordable housing, and urban foreign aid.

I think I would have found prescriptions like that as unrealistic in October as I do now, but at this point even Florida seems to have some doubts. “Nothing remotely like what I envisioned and hoped for is likely to happen now with Trump in office,” he laments in the book’s new conclusion. Where he once, in a previous draft, made the case for national urban policy, he now takes a sharp turn and advocates for increased devolution to the local level. Like many on the left (and I’m guilty of it, too), he’s an opportunistic federalist, condemning any “top-down, one-size-fits-all strategy” in favor of local empowerment.

It’s a disjointed finish to a book that otherwise stresses that rental affordability, segregation, infrastructure, and inequality are in fact national problems. Despite it all, Florida remains cheerful. But he has elucidated the very bleak paradox of American urban policy, where cities are forced to concoct costly and inefficient local solutions to problems like homelessness and infrastructure provision as Washington strives to make those problems worse.

Read all the pieces in the Slate Book Review.