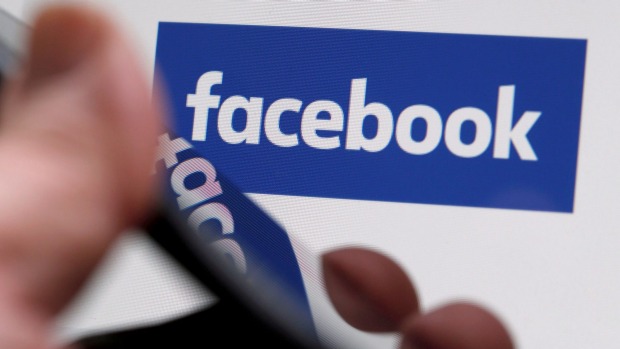 The giant social network is hosting its annual conference for software developers, a decidedly geeky affair that nevertheless has real-world implications for everyday Facebook users. Last year, chief executive Mark Zuckerberg unveiled Facebook’s 10-year road map that calls for powerful technologies to radically alter how people connect with friends and family and the world at large. This year Facebook is poised to show off what it meant. Here’s the future according to Facebook: The smartphone camera is on the verge of taking augmented reality mainstream, changing how people use Facebook, how they interact with each other and how they interact with the world.READ MORE: * Facebook is a careless media company * Facebook targets a way to read your mind * Facebook plans to rewire your life. Be afraid Think Pokemon Go but on steroids. We will wander not one, but two worlds – the physical and the digital – wearing glasses or contact lenses that can summon information about the street we are walking on or the restaurant we are eating in or let us manipulate digital objects that feel real but aren’t really there. The augmented reality lenses that Facebook is building to deliver that hybrid experience are still years in the offing. But smartphones are already in our pockets and Facebook believes they can start delivering experiences that mix the digital with the physical much sooner than we think. “We are clearly in a visual world. It’s interesting to think about all of the things we do with our eyes and why our phones don’t help us do more of this on camera. ​”Recognising whether we are in the right place, seeing people around us, capturing memories without having to make a lot of effort to take a photo,” says Josh Elman, a venture capitalist. “Facebook knows this and it’s going hard.”

For the moment, the augmented reality tricks we can do with smartphones are fairly primitive, technically speaking. For instance: Facebook’s camera effects that jazz up selfies with silly or whimsical masks, frames and filters.

It’s focused on creating experiences that will fundamentally change how people interact with each other and the physical world.

“We are just seeing the beginning of the sophistication of smartphones and how they relate to the user and how the user can use them in mixed and augmented reality scenarios,” says Blau.

Picture what could happen if the collective brainpower of thousands of software developers from around the globe were unleashed to dream up all kinds of new augmented reality experiences.

This week, Facebook’s expected to hand them that opportunity by opening up the camera effects platform to software developers. It’s also likely to show off new augmented reality experiences it has created and those being created by a select group of outside developers.

One way to lure developers is with F8, an annual rite designed to dazzle, this year more than ever.

On the second day of the conference, Facebook will tease futuristic gadgets, some of which are being cooked up in a secretive lab called Building 8 run by former Google executive Regina Dugan.

Building 8 has been stocking up on experts in consumer electronics, neuroscience, and robotics and computer vision. Cameras are said to be part of the experimental mix and so is brain scanning (the distant promise of telepathy is something that fascinates Zuckerberg).

Facebook is investing heavily in its futuristic vision, sometimes to the alarm of Wall Street. But the other option is corporate stasis, which has killed off plenty of one-time aspirants to the technology hall of fame.

Google, Microsoft and Amazon and the more youthful contender Snapchat are all in the same relentless pursuit of the technology of the future and Facebook cannot afford to fall behind.

A key item on Zuckerberg’s wish list: Lightweight yet powerful portable lenses, glasses and contact lenses, that, like smartphones, can keep chugging through much of the day without being charged.

“The goal is to make VR and AR what we all want it to be: glasses small enough to take anywhere, software that lets you experience anything, and technology that lets you interact with the virtual world just like you do with the physical one,” Zuckerberg said in a Facebook post.

But one thing is clear: Facebook is determined to own augmented and virtual reality the way other tech giants own mobile, and that means it has to gets its mitts around not just the software, but the hardware, too.

This is a “show me the innovation” moment for Facebook, Blau says.

Zuckerberg’s not one to shrink from a challenge. He believes in placing big bets, not just to fuel Facebook’s very profitable march into every nook and cranny of the known universe, but, in his view, to make the world more open and connected, and consequently, a better place.