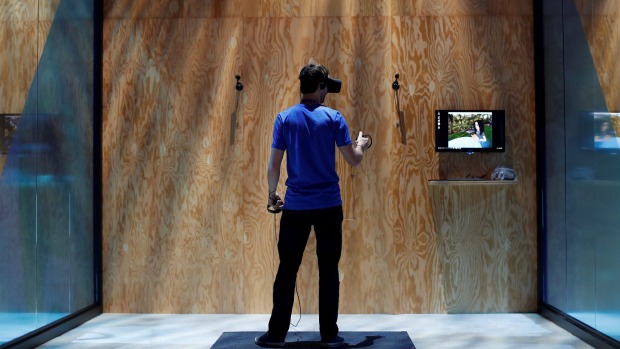 Facebook’s research unit Building 8 is working to make it possible for people to type using signals from their brains, part of the lab’s broader effort to free people from their phones.

Regina Dugan said that within “a few years’ time” Facebook aims to develop a system that can type at 100 words per minute, just from monitoring the brain, without using any kind of implant. The company is working with outside academics on the issue.

This would give “the ability to text a friend without taking out your phone or the ability to send a quick email without leaving the party”, Dugan said at the social network operator’s F8 developer conference.

The technology may not require thinking in actual letters, she said. The lab also is working on a way for people to hear through their skin.

“One day, not so far away, it may be possible for me to think in Mandarin and for you to feel it instantly in Spanish,” Dugan said.

Far-fetched as it may sound, Dugan said researchers have already found it possible to use brain waves for typing at eight words per minute.

She said the power of the brain is much greater than what is translated through speech, comparing the brain’s ability versus speech to “four HD movies per second streaming over a 1980s dial-up modem”.

It’s one of many Facebook initiatives for the very long term.

The company also talked about the future of augmented reality – saying it will only work if people can wear clear, fashionable AR glasses that don’t obscure their eyes.

Executives also talked about advancements in their efforts to spread internet connectivity, like using a helicopter to broadcast internet access in a disaster zone.

The cameras, which look like black disco balls or bug eyes, will be given to some filmmakers and partners to help create more 3-D video content.