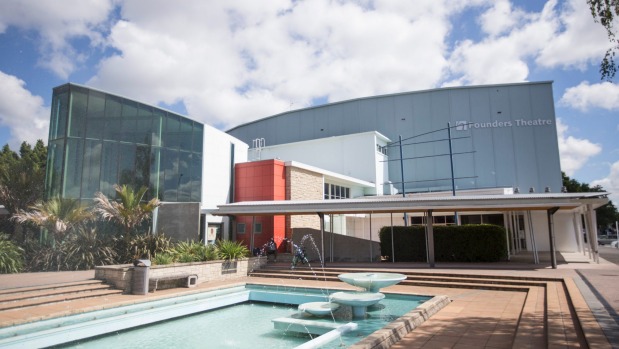 They have 25 possible places to put a new Waikato Regional Theatre, but the experts aren’t giving many clues about them.

The closure of Hamilton’s Founders Theatre in March 2016 left the region with a “missing tooth” in the performing arts field, an expert says.

Together, Hamilton City Council and philanthropic organisation Momentum Waikato plan to put $55 million, from various funders, into a new build.

Momentum’s experts have visited all potential theatre locations but weren’t giving away much when they briefed councillors at a community and services committee meeting in early April.

“We have had a one-hour presentation. We have been told very little,” Mayor Andrew King said, drawing laughter.

But King said that’s how it should be, because councillors should leave it to the specialists.

The lack of Founders Theatre was a “missing tooth” for the region, said Eric Lawrence of Charcoalblue, the international theatre and acoustic design consultancy working on the project.

“You need to replace it because none of the other venues meet the specifications and the needs of a lyric theatre.”

Councillors discovered Founders Theatre and the University of Waikato are on a onglist of sites, which are all in the central Hamilton area.

The vision is for the theatre to be a head tenant for a creative precinct, Momentum Waikato chair Leonard Gardner said.

“We’re looking to leverage the creative scene in the same way the Avantidrome has done for high performance sport.”

Factors such as site size and the other activities nearby will help determine the frontrunners sites, Jasmax architect David Pugh said.

Momentum has funders interested in the design concept and location of the new theatre, and also hopes to set up an endowment fund.

Council’s next update will be in July.