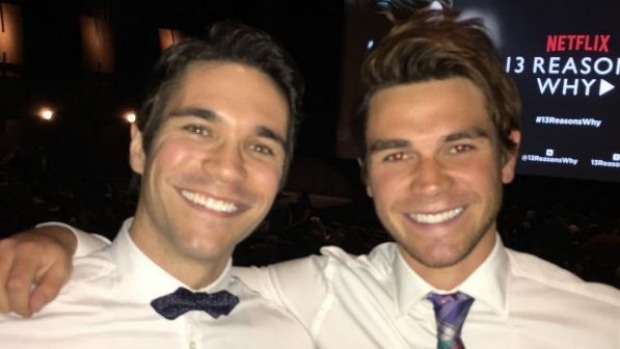 Apa hit it big with his lead role on the US teen drama Riverdale. The 19-year-old actor stars as Archie Andrews, a confused teen with dreams of becoming a musician.

Oliver joked that he might be on Riverdale sometime soon.

“#Spoiler: Archie meets his long lost half-brother, who he finds out is Josie’s secret lover,” Oliver said in a caption beneath another pic with the Riverdale star.

Apa picked up the lead role in 2017 for the Netflix show. He also worked on the film Altar Rock, a story based on the Boston bombing, which was due to be released later this year.

Like his character, Apa himself has a keen interest in music. Without any fanfare, he posted a song to YouTube at the end of March.

The track, Pillowcase In The Sky, had less than 1000 views a week after it was uploaded.