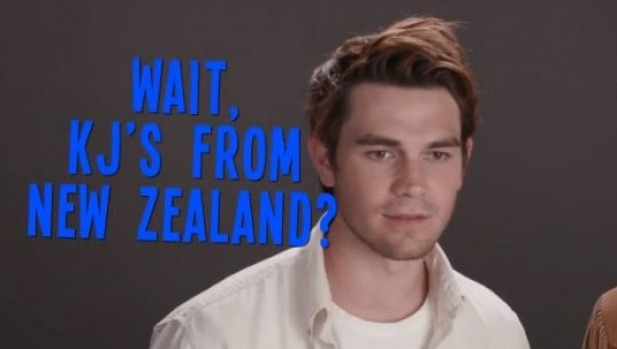 The actors’ real life bromance was put to the test in a Netflix video to see who well they actually knew each other.

From the get go these two actors couldn’t hold back their laughter as they took cheeky jibes at each other and descended into hysterics.

Apa and Sprouse have been getting up to mischief all season, with Sprouse getting his way into Apa’s Twitter account last month to spam everyone with messages about how much the Kiwi star loves marmite.

If you doubted their bromance and thought it was all for the cameras, the pair put up a pretty convincing show for the bro-quiz. Sprouse​ was even able to correctly guess Apa’s most used emoji, “stupid laughing cat.”

But when they both picked Sprouse​’s celebrity crush as his brother Dylan Sprouse, that was too much for them too handle and the video ended with Apa performing what looked to be a joyous happy dance.