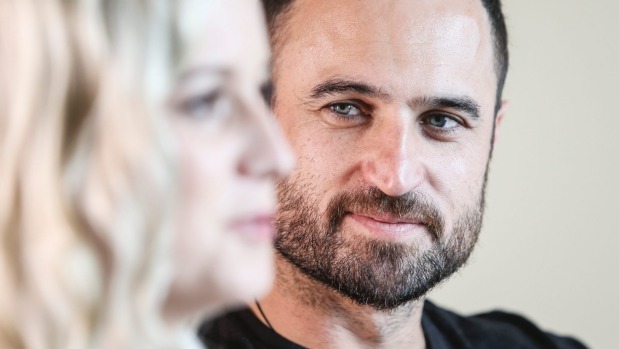 Former bachelor Jordan Mauger has hit out at the show’s makers, accusing them of gagging him and other contestants while making him into a villain to gain publicity.

And Mauger says everyone involved in The Bachelor knew well before the finale that there would be no romance between him and the winning lady, but forged on with the programme regardless, saying: “It was not a surprise to the network, the production or the girl what was happening. But they made it out to be.”

Mauger has described the reality show as a “trainwreck” and says afterwards he asked himself: “Is this an inside job, are they just absolutely screwing me?”

Three’s owner, MediaWorks, denied the company or the show’s producers Warner Brothers had manipulated the situation for publicity.

Mauger revealed he received death threats and a flood of online abuse following the news he’d broken up with with victorious bachelorette Fleur Verhoeven​ days after the show’s finale aired last year.

READ MORE:
* Full Bachelor coverage
* Jordan Mauger: I’m off Tinder
* What ever happened to the ex-Bachelorettes?

Mauger claims everyone involved in the production knew there would be no relationship well before the final episode was filmed. News of the break-up was announced by Verhoeven on TV3’s 7pm current affairs show Story.

MediaWorks chief content officer Andrew Szusterman​ said Mauger was encouraged to talk about his decision on Story but chose not to.

“At all times, Three were honest and open with Jordan about the way Story were going to cover the break-up,” Szusterman​ said.

During the backlash, Szusterman​ said Mauger was offered counselling and advice.

“Three take its duty of care obligations to show contestants extremely seriously. Jordan spent considerable time with both production and senior executives at Three to help him through what ensued,” he said.

Mauger said being the bachelor was like a job. He had to keep going in each day, but had no intention of staying with any of the women, and the women he picked for the later stages knew it was for show.

“The choices of my finalists were the two girls that understood that the most [that there would be no relationship], but their motives I think were elsewhere and I got the wool pulled over my eyes there.”

He asserted the romance was all for the cameras and he felt forced to do it: “We never actually were together”.

Asked if the two finalists were aware that it wasn’t going to last, Verhoeven​ said: “not to my knowledge, no”. She would not comment further, saying she “didn’t even know how to [respond]”.

Mauger said media coverage of the break-up was “very untrue and very damaging”.

“The girls who went and did the stories about me dumping them were heavily manipulated into dramatising it,” he said.

Although Mauger claimed he started with intentions of meeting the right woman, he said: “I found out very early on that it wasn’t the vessel I could do that on. And you can’t get off at the first turn of a rollercoaster. But when it did stop, s… I got off, because I did not enjoy that rollercoaster.”

Forming a relationship with any of the women would have been pointless, he said, but he was obliged to play the game.

“At the end of the show, the girls didn’t really know me and I hardly knew them. The first real thing I did was I ended it.

“The first real thing I did, I got crucified for,” Mauger said.

Almost a year later, Mauger said the only reason he could see for the outrage following the break-up was that TV3 wanted the attention.

“That’s why I stayed quiet for so long: there was a lot of manipulation and no support. What I found really scary is that they put me in an unnecessary position where the people I was under contract with should have been a lot more careful about the welfare of me and the girls.”

Mauger said the drama following the show was manipulated for maximum publicity. MediaWorks refuted the claim, saying the first they learnt that Mauger broken up with Verhoeven​ was after the show’s live Women Tell All finale.

“The show had finished on air, we had no reason whatsoever to generate any publicity,” a MediaWorks publicist said.

According to Mauger the fallout was perfect media fodder.

“Believe you me, it was not a surprise to the network the production or the girl what was happening. But they made it out to be.

Mauger said the tweets, the online abuse and all the negative attention took its toll.

He was targeted on social media by people as young as 12 and as old as 65. Strangers told Mauger to kill himself and sending him other abusive messages, he said.

The issue, Mauger said was that “people watch these shows and take it as absolute gospel”.

Talking to Stuff, Mauger swore, he casually joked about sex, about gruesome acts and about the “f… stupid people” who believed the show.

“She was totally f… in Cinderella land, she was fully fledged,” he said of one angry grandmother who messaged him. He replied asking her how she’d feel if someone was sending these messages to her children.

“They just don’t see it. What happens is I think it’s a mob mentality,” he said.

Addressing his informal chat, Mauger said the show forced him to fill a mould. He said this was how he normally acted.

“If you watched any episode of that show you probably wouldn’t even think you’re speaking to Jordan, because I couldn’t be depicted as anything else than the cut-out of the bachelor they wanted,” he said.

The perfect bachelor couldn’t tell both the women who had fought it out to win his heart that he wasn’t interested in either of them. And so, Mauger said that on-screen he had to “be unreal”.

“I was sick and tired of having to jump through hoops, the day I was free of hoops, then…”

On the show, he had to fill the role cut out by the show’s producers at Warner Brothers, he said. He said the message  after the show was tightly controlled by TV3’s owners, MediaWorks.

“I went in trying to fight for myself with both my hands tied behind my back.”

In the end, Mauger admitted people were disappointed in him. But he doesn’t think it was fair to direct such harsh criticism and hate at him.

“I don’t think [MediaWorks] took enough responsibility with how things went down,” he said.

The stress was immense, he said. If he had been more vulnerable, he said things could have ended badly.

With contestants as young as 20 competing on season three, Mauger said MediaWorks and production company Warner Brothers were taking a risk. “They’re too young. They’re far too f… young.”