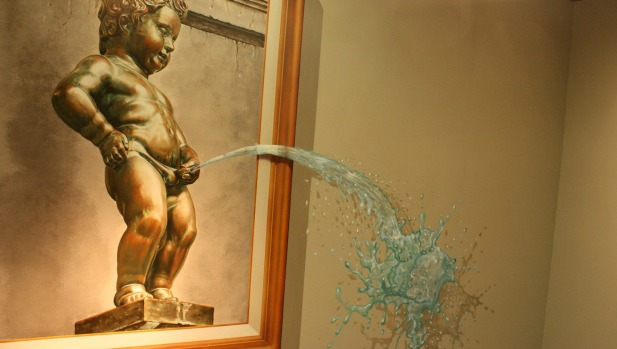 The 3D Trick Art Gallery, based at the NZ Heritage Farm, is a first of its kind for New Zealand featuring more than 50 paintings which initially appear two-dimensional, but from the right angle reveal themselves to be interactive three-dimensional works.

The 3D effect also comes to life via the camera lens.

Heritage Farm sales and marketing director Tylor​ Kim said the galleries were hugely popular across Asia and he had no doubt Kiwi audiences would be equally impressed.

“People can be as creative as they like when they visit,” he said.

“Anyone can take a picture, but everyone’s photo will be different as they will see the art differently.”

“The 3D Trick Art Gallery is the first of its kind in New Zealand and is a great example of a company looking at different tourism offerings for visitors,” he said.

The 3D Trick Art Gallery opens to the public on Saturday April 15.