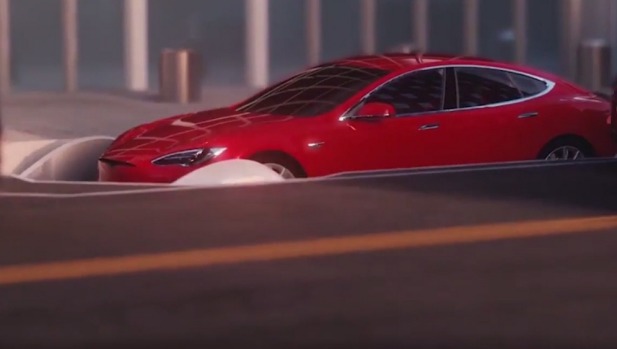 Elon Musk’s nascent Boring Company – an effort to defeat urban traffic with the mashed-up ingenuity of a tech mogul and a groundhog – now has a sharper vision.

Or at least a slick video.

The company released a 69-second digital animation at the weekend showing a network of elevators and subterranean rail lines whisking vehicles and people at more than 160kmh under a crowded urban streetscape.

The idea seemingly started with Musk’s offhand social media post in December lamenting that “traffic is driving me nuts.”

Onlookers this week spotted a giant tunnel boring machine outside the SpaceX headquarters in Hawthorne, California. Musk said he wants to take the machine apart and figure out to how to make it faster and more efficient.

Musk has supported efforts to build Hyperloop, a super-fast people and cargo transport through vacuum tubes. Early versions by several companies are expected to be tested this year.

The Boring Company video envisions a series of street-level elevators locking cars into trays, lowering them several stories beneath the road and slotting them onto tracks. The trays are whisked at up to 124 mph, according to the company.

This vision of the future also includes an extensive fleet of Tesla vehicles liberating passengers from their traffic woes.