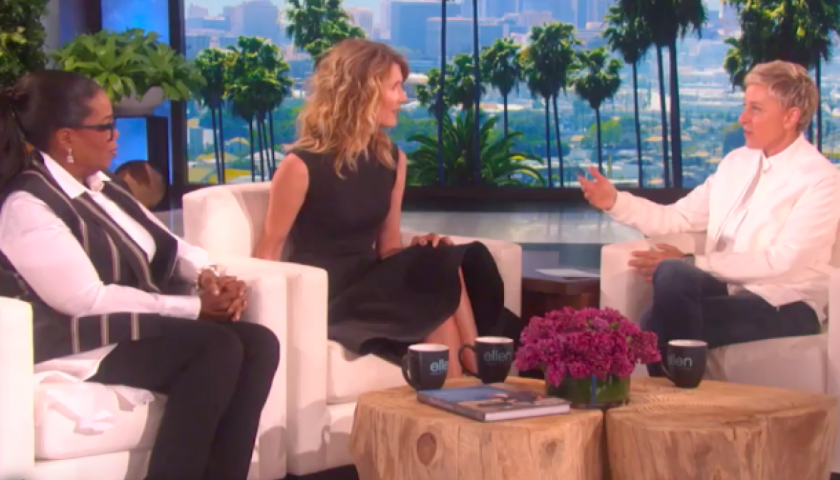 Ellen DeGeneres opened her talk show on Thursday by announcing, “I’m Ellen and I’m gay,” echoing the moment two decades ago when she came out as a lesbian on her sitcom Ellen in an episode called “The Puppy Episode” (so named because executives wanted Ellen’s character to get a puppy instead of a girlfriend). Thursday’s episode was dedicated to the 20th anniversary of that episode, including a reunion with Ellen cast members and two special guests from “The Puppy Episode”: Oprah Winfrey, who played Ellen’s therapist and then hosted her on The Oprah Winfrey Show as a followup, and Laura Dern, who played her potential love interest.

The entire reunion show was an important reminder of how radical DeGeneres’ coming out really was at the time. Winfrey and Dern both recalled the backlash over their participation, with The Oprah Winfrey Showreceiving racist phone calls and Dern having difficulty finding work. DeGeneres explained that in the aftermath of the announcement, not only was her show cancelled just a year later, but she was the butt of late night jokes, had passersby scream at her, and was on the receiving end of death threats and even a bomb scare on set.

With her usual good humor, however, DeGeneres ended the segment on a positive note. “I always encourage people, because it really did teach me that no matter what the cost is at the time […] as long as you stay true to who you are, you will be rewarded in ways that you can’t even imagine.”

DeGeneres was awarded the Presidential Medal of Freedom in November, with President Obama noting, ““It’s easy to forget, now, when we’ve come so far … just how important it was, not just to the LGBT community, but for all of us, to see somebody so full of kindness and light—somebody we liked so much, somebody who could be our neighbor, or our colleague, or our sister—challenge our own assumptions, remind us that we have more in common than we realize, push our country in the direction of justice.”