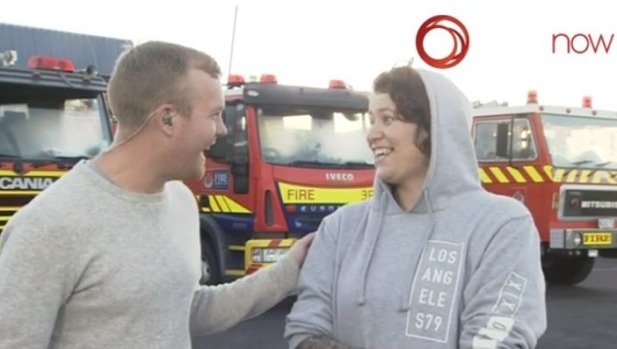 TVNZ 1’s Breakfast programme reported a touching rescue story as evacuated resident Riley told how she was reunited with her ​cat named Bear.

Riley was one of the residents of the Bay of Plenty town who was forced to leave their home quickly due to the Rangitaiki River bursting its banks.

TVNZ reported how the Edgecumbe woman, only identified by her first name, took shelter at a nearby fire station.

Riley told reporter Matty McLean a police officer came into the fire station carrying a bag with an animal in it.

“About 40 minutes later I went and had a look. There was this little white bit of fur on the top and I was like, I know that fur!” Riley said.

“So I pulled the bag a little and I was like oh my God that’s my cat!”

McLean said Riley’s cat had been floating in a box in the floodwater where a police officer had seen Bear and plucked him out of the box, rescuing the pet.