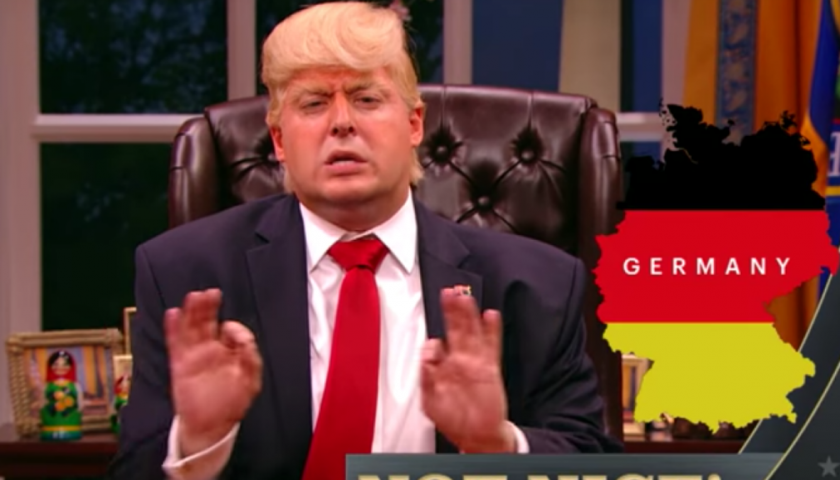 Comedy Central’s The President Show aired its first full episode last night, and in a clip that could easily have been based on actual events, Donald Trump (Anthony Atamanuik) decided to draw up a most important governmental document: a Nice! or Not Nice! list. For the most part, his choices aren’t too surprising. Marine Le Pen? Nice: “She’s French, she’s blonde, and she hates Muslims—she’s a triple threat!” Those Ivanka-booing germans? Not so much: “Disgusting. This is the worst thing that Germans have ever done. Ever. Ever done. Ever.”

The only topic that gave the (fake) president some trouble was his oft-mocked and rarely effective press secretary, Sean Spicer. “He’s a muttering slobber-mouth with a taste for his own foot,” Trump admits. “Why don’t I fire this guy?” Then onto the nice part, the thing that Trump has proven to value more than competence, loyalty, maybe even money: TV ratings. “Sean Spicer’s TV ratings: I can’t fire this guy,” the president quickly realizes. “His ratings are tremendous. We love ratings and Spicer brings them in.” He’s not wrong about that.