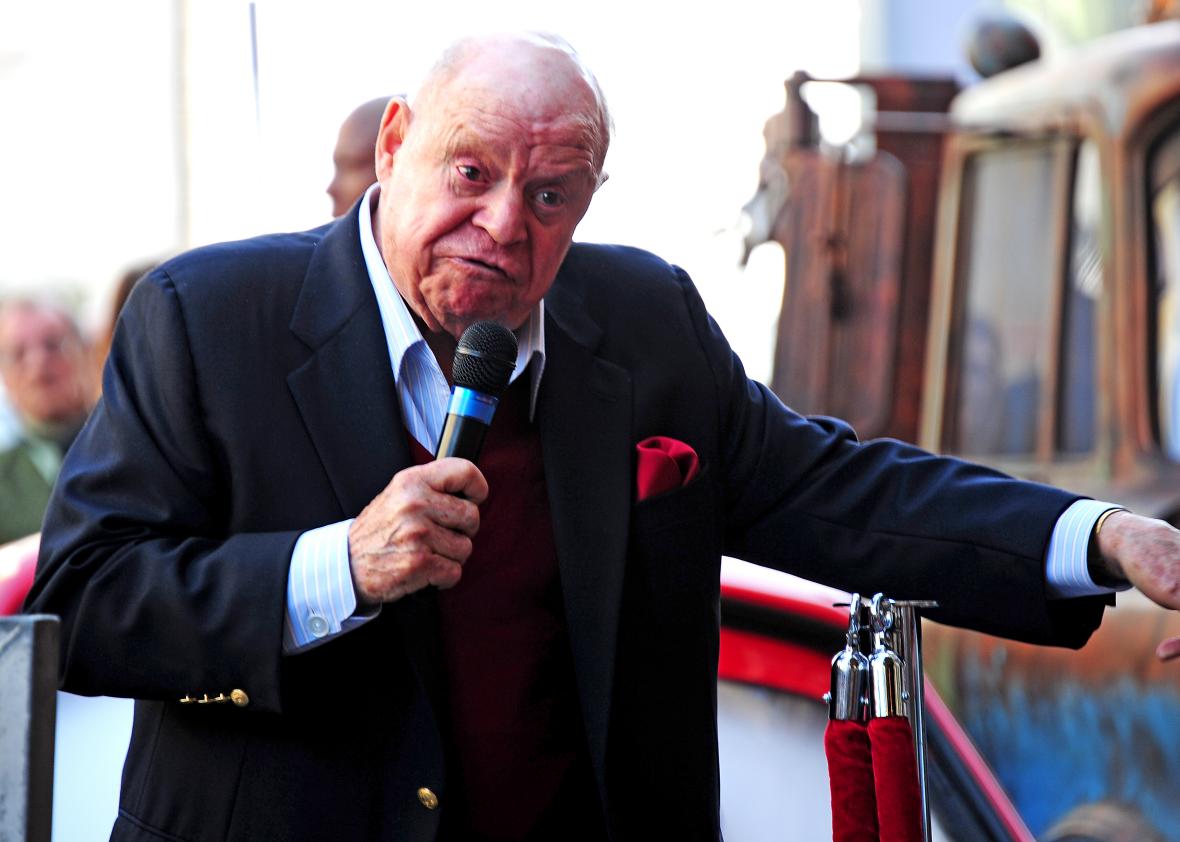 Don Rickles was an insult comic in the same way that Picasso painted squares. Rickles, who died today of kidney failure at the age of 90, could seem antiquated to contemporary eyes, but there’s a reason fellow comedians revered him. Rickles’ shtick was simple: Find people in the crowd and make fun of them. (He asked nightclub owners to seat the funny-looking patrons up front.) But even into his later years, he worked variations on that simple theme with dizzying speed, and with a singular lack of fear. Rickles famously introduced himself to Frank Sinatra, whose mother, prompted by Rickles’ mother, had urged him to see Rickles’ show, by spotting him in the audience and quipping, “Make yourself at home, Frank. Hit somebody.” Nearly 20 years later, when Rickles surprised Sinatra during an appearance on Johnny Carson’s Tonight Show, the jokes hadn’t changed: Sinatra was a goombah, a mobbed-up celebrity whose pals had to cross themselves every time they started up their cars. (This was back when the racist view that all Italian Americans were somehow connected to the Mafia was still widespread.) But watch how deftly Rickles changes speeds, prostrating himself before Sinatra one moment, zinging him the next, and devising nonsense Italianate names with dizzying speed:

Perhaps it’s fitting that Rickles also served as an inspiration for James Caan on the set of The Godfather, creating one of the most iconic Mafiosi of all time.

The list of comedians venerating Rickles on social media goes on for miles, with Patton Oswalt, Billy Eichner, John Hodgman, and Craig Ferguson among them. He shared an affectionately barbed Comedians in Cars Getting Coffee with Jerry Seinfeld, which begins with Rickles calling Seinfeld a “voodoo Jew” for not touching a mezuzah, and was the subject of a feature-length documentary by John Landis, Mr. Warmth: The Don Rickles Project.

For many young moviegoers, Rickles is best known as the voice of the Toy Story series’ Mr. Potato Head, and though he was much more than that, it’s a fine representation of his talents, his ability to invest even the briefest line with world-weary hostility, and yet never allow a hint of bitterness to creep in.

One of the highlights of Rickles’ career was his televised 1973 roast of Ronald Reagan, hosted by Dean Martin, who takes as much fire from Rickles as his ostensible target. Even by the standards of 2017, it’s a valiant drubbing, but what’s most striking about it is how Rickles can be cutting without being mean, ripping Reagan’s modest intellect and his presidential ambitions while never crossing a line that would allow his target to take offense. Rickles brand of comedy has more or less vanished apart from the occasional Comedy Central roast, but he’ll always be the master.