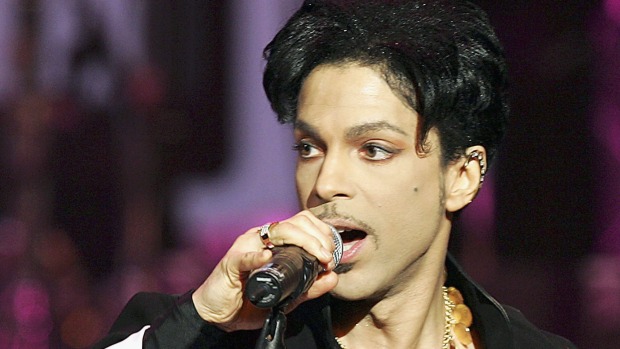 A doctor who saw Prince in the days before he died had prescribed the painkiller oxycodone under the name of Prince’s friend to protect the musician’s privacy, according to court documents unsealed on Monday.

Nothing about how the pop superstar got the fentanyl that actually killed him was included in the documents.

The affidavits and search warrants were unsealed in Carver County District Court as the yearlong investigation into Prince’s death continues.

The documents show authorities searched Paisley Park, cellphone records of Prince’s associates, and Prince’s email accounts to try to determine how he got the fentanyl, a synthetic drug 50 times more powerful than heroin.

They don’t reveal answers, but do shed light on Prince’s struggle with addiction to prescription opioids in the days before he died. Oxycodone, the generic name for the active ingredient in OxyContin, was not listed as a cause of Prince’s death.

But it is part of a family of painkillers driving the US’s overdose and addiction epidemic, according to the US Centers for Disease Control and Prevention. Nearly 2 million Americans abused or were addicted to prescription opioids, including oxycodone, in 2014.

Prince was 57 when he was found alone and unresponsive in an elevator at his Paisley Park home on April 21.

Just six days earlier, Prince fell ill on a plane and made an emergency stop in Illinois as he was returning home from a concert in Atlanta. First responders revived him with two doses of a drug that reverses the effects of an opioid overdose.

A search of Prince’s home yielded numerous pills in various containers. Some were in prescription bottles for Kirk Johnson, Prince’s longtime friend and associate. Some pills in other bottles were marked “Watson 853,” a label used for a drug that is a mix of acetaminophen and hydrocodone.

Last August, an official with knowledge of the investigation told The Associated Press that at least one of those pills tested positive for fentanyl, meaning the pill was counterfeit and obtained illegally. The official spoke on condition of anonymity because of the ongoing investigation.

In addition to the dozens of pills recovered, authorities also found a pamphlet for an addiction recovery center in California, the documents unsealed Monday show. The day before Prince died, Paisley Park staffers contacted the California addiction specialist as they were trying to get Prince help.

One affidavit says Dr. Michael Todd Schulenberg, a family doctor who saw Prince April 7, 2016, and again on April 20, acknowledged to authorities that he prescribed oxycodone for Prince the same day as the emergency plane landing “but put the prescription in Kirk Johnson’s name for Prince’s privacy.”

Authorities also searched Johnson’s cellphone records, to see who he was communicating with in the month before Prince died.

Messages left with attorneys for Schulenberg and Johnson weren’t immediately returned Monday. Schulenberg has an active medical license and is currently practicing family medicine in Minnesota. His attorney, Amy Conners, told the AP last week that there are no restrictions on his license.

Investigators haven’t interviewed either Johnson or Schulenberg since the hours after Prince died, an official with knowledge of the investigation told The Associated Press on condition of anonymity because the investigation is ongoing.

While authorities have the power to ask a grand jury to investigate and issue subpoenas for testimony, that step hasn’t been taken, the official said.

Prince did not have a cellphone, and authorities searched multiple email accounts that belonged to him, as they tried to determine who he was communicating with and where he got the drugs that killed him, according to the search warrants. The search warrants don’t reveal the outcome of the email searches.

The documents say some of the drugs in Prince’s bedroom were in a suitcase with the name “Peter Bravestrong” on it. Police believe Bravestrong was an alias that Prince used when he travelled. The suitcase also contained lyrics for the song U Got the Look that appeared to be in Prince’s handwriting.

The day before Prince died, Paisley Park staffers contacted California addiction specialist Dr Howard Kornfeld for help. Kornfeld sent his son, Andrew, to Minnesota that night, and the younger Kornfeld was among those who found Prince’s body.

Andrew Kornfeld was carrying buprenorphine, a medication that can be used to help treat opioid addiction. The Kornfelds’ attorney, William Mauzy, has said Andrew had intended to give the medication to a doctor who planned to see Prince on April 21.

Investigators have said little about the case over the last year, other than it is active. The official who spoke to the AP said the case has taken investigators to Illinois and California, as authorities have interviewed friends, family and any potential witnesses, including the flight crew and hospital staff that were present when Prince overdosed on the plane.