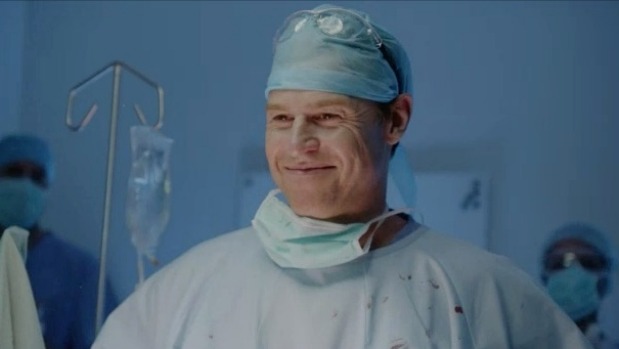 Television drama runs in cycles. There are times when family-based stories are all the rage, then sci-fi or period productions might have their moment. Typically, a change is initiated when a new series generates excitement and grabs audience attention, inspiring others to try to emulate the formula.

But whatever the fashion, cops, docs and lawyers remain a staple. The activities of police, doctors and counsellors have formed the foundation of TV drama for decades and, given how adaptable their work is to TV storytelling, that’s unlikely to change.

In recent years, medical series have adopted a distinct style. They’ve been urgent and urban, often set in hospital emergency wards and focusing on life-and-death decisions made under pressure. That approach was triggered in the mid-’90s by the adrenaline-pumped arrival of E.R.

READ MORE:
* Rake’s Russell Dykstra glad to be back

Its multiple storylines, overlapping dialogue and unrelenting activity revived the genre with an intoxicating shot of new energy and, since then, with the occasional exception such as Doc Martin, it’s set the tone and the pace, most recently evident in Code Black but previously with Chicago Hope, Grey’s Anatomy and the hospital version of Sherlock Holmes in House.

Anyone keen on embarking on a new medical drama would be mindful of that trend, as Ian Collie, one of Australia’s most prolific and successful producers (Rake, Jack Irish, The Principal, The Broken Shore) certainly is. And it’s one of the reasons his 10-part comedy-drama, Doctor Doctor, takes a different approach. It’s gentler and funnier, and it’s set in the country.

Played by Mudgee in NSW, Whyhope is the home town of cardiac surgeon Hugh Knight (Rodger Corser) and he returns there reluctantly as the prodigal son. Arrogant and assured of his professional gifts, he’s earned a rock-star reputation in Sydney and lived a sex, booze and pill-filled lifestyle – until his antics see him suspended and exiled to Whyhope to serve out his sentence as a GP at the medical clinic. Whatever his skills in the operating theatre, they’re not ideally suited to treating patients with flu or haemorrhoids.

Hugh doesn’t really do bedside manner and his view of general practice is dismissive: “A surgeon is a guy touched by genius and a doctor is a guy who can remember a lot of stuff.”

But he’s quickly confronted by just how much he doesn’t know.

Collie says that the idea for the series came during a chat with an international distributor at a TV market: “We were talking about Australian TV drama and one of the things that he bemoaned was that all the stuff is urban-orientated. He said that essentially an urban drama is an urban drama: they all start to look the same. Then he said our great selling points as a country are the coast and the bush.

“So I started thinking about locating a drama in the country. I’ve done crime with Jack Irish, I’ve done law with Rake, so I thought maybe a medical drama. I started thinking about A Country Practice and The Flying Doctors and how the medical dramas that we’ve seen of late have all been like E.R, all city hospital, casualty wards and high-octane stuff.

“I also wanted to show that country towns had changed. In the past, we’ve tended to depict country people as a bit bogan-y, as bumpkins or hayseeds. For us, Mudgee is a template. It’s very aspirational, it’s all about food and wine. Whyhope has also changed since Hugh’s been away: it’s not all Anglo, there’s a diversity.”

With writer Tony McNamara (Puberty Blues, Love My Way, Tangle), Collie worked the idea into a two-page outline of a comedy-drama that developed the medical aspect and the Knight family. They pitched it to Channel Nine and Doctor Doctor was born.

Dr Hugh is at the heart of the fish-out-of water story that also features his younger brother, Matt (Ryan Johnson), who has turned the struggling family wheat farm into a successful micro-brewery and married Hugh’s ex, Charlie (Nicole da Silva).

Hugh’s mother, Meryl (Tina Bursill), has become a force on the local council, while his father, Jim (Steve Bisley), initially appears to be a man of few words who’s unimpressed by his oldest son. At the clinic, Hugh has a no-nonsense boss in Penny (Hayley McElhinney) and a knowing ally in nurse Aiofe (Shalom Brune-Franklin).

So the scene is set for fractious family dinners and swims in the lake, and for Dr Hugh to learn more about life, death and the practice of medicine. “There’s a nod to the programs of the past, but we hope to build something that feels fresh and distinctive,” says Collie.

Doctor Doctor, TVNZ One, from May 3.