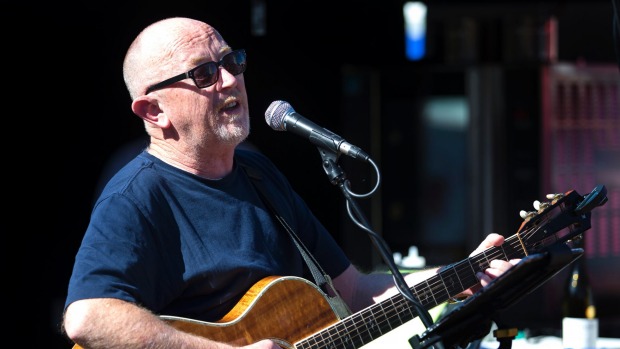 Dave Dobbyn has paid tribute to Murray Ball and John Clarke at a concert in front of their hometown audiences.

Cartoonist Ball, from Feilding, and satirist Clarke, from Palmerston North, were remembered by the renowned New Zealand singer during a show in Feilding on Thursday night.

“We will miss them,” Dobbyn said as he closed the first half of the show.

“Murray Ball was a passionate man. I loved him very much. I loved his family. “

Dobbyn said he had stayed with Ball in Melbourne.

“God bless him and his family.”

“He was a brilliant human being. An incisive satirist. A very funny man.”

Dobbyn honoured the pair singing the song You Oughta Be In Love, from the Footrot Flats film.

The crowd were impressed with the show.

For Glenda van de Ven-Long and Bronwyn McManus it was their first ever time seeing Dobbyn in concert.

“His songs are inspired by New Zealand culture and things that are relevant to us.

“That is what I like about him. I feel really connected to him. “

“He was so amazing and I was kind of sold from that point.”

She enjoyed seeing him again.

“He sounds exactly like he sounds when you listen to him on an album. “