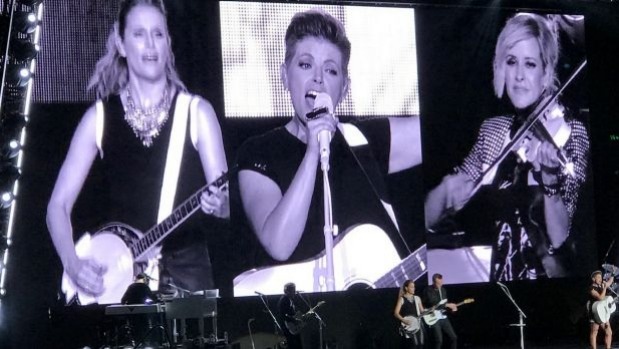 Napier accommodation providers have hung out the “no vacancy” signs as the city’s population swells for the Dixie Chicks concert.

A near-capacity crowd of just under 25,000 will attend Saturday night’s concert at the Mission Estate Winery.

There were fears earlier in the week that wet weather from the remnants of tropical cyclone Debbie would put a muddy dampener on the event.

But while Hawke’s Bay was lashed with heavy rain on Monday and Tuesday, the skies have been clear since Wednesday and are expected to remain that way for Saturday’s open-air concert.

Event director Garry Craft said Saturday’s fine forecast was likely to encourage a few more  locals to snap up some of the remaining $125 general admission tickets but the lack of available accommodation in Napier and Hastings would prevent those outside the region making a last-minute decision to attend.

Craft said all the heavy equipment required to build the temporary stage, and other infrastructure such as generators, had been put in place before Monday’s heavy rain to minimise damage to grass at the venue.

“The sun’s out again today, the breeze is coming up so we’ll get a bit more drying out of the general area,” he said.

“The stage is in. They [the sound technicians] are making noise – all those things that are supposed to happen at a Mission concert are happening.”

Helen Young, of Napier’s Palm City Motor Inn, said she had been fully booked for this weekend for several months and it was difficult to find a bed in Napier, Hastings or even as far away as Waipukurau, almost an hour’s drive from the concert.