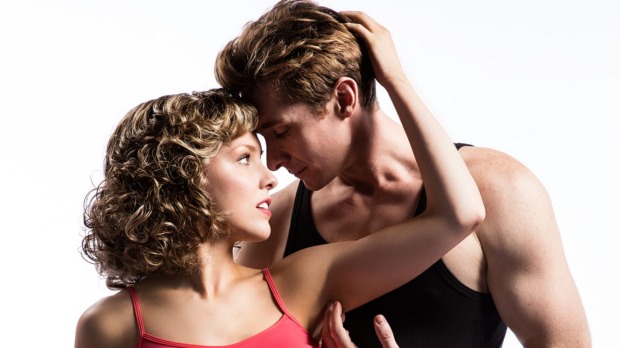 Opinion: At first I thought it was a joke. A cruel to spread malicious lies about one of the greatest films of all time.

Only it wasn’t a joke. It is true. They have remade Dirty Dancing.

I am not kidding. That glorious, wonderful, groundbreaking (stay with me here) film that spun into our hearts in 1987 and made the whole world fall in love with Patrick Swayze, Jennifer Gray and cut of denim jeans.

The movie, set in a steamy summer of 1963 that gave us the fresh faced Baby who, through her dancing and idealistic world view, stole the heart of bad boy Johnny Castle and gave us the immortal line “I carried a watermelon”.

The movie that almost didn’t get made because the studio bosses didn’t like the fact it portrayed a women having an abortion, but Swayze stuck to his guns and said that story line had to stay because without it the movie was nothing.

So it stayed and helped normalise the whole crazy idea of a woman being in charge of her own reproductive rights.

A movie so beautiful and perfect that some idiot sitting in some boardroom in Hollywood decided to go ahead and remake it for a stupid made-for-television movie for no other reason that I presume to insult the memory of the late, great Swayze and incur the wrath of millions of women of a certain age worldwide who are still completely and utterly in love with the original. And probably to make sackloads of money. And for that, I hope it sends them broke.

And it’s bad enough that they have actually remade the movie. But adding insult to injury is the cast. Oh my God, the cast. The first pictures of the new cast have just been released and I can confirm everyone’s worst fears that this will be the worst remake of all time.

Baby is being played by Abigail “Little Miss Sunshine” Breslin. Now, I know ‘ain’t no one ever going to come even close to Jennifer Grey (that hair! Those eyes! That pre-surgery nose!) but a former child star? Come on, casting agent.

I’m sure Breslin’s a fine actor and all but Baby needs to be more than hitting your lines and proffering the correct facial expressions. There was something so special about Baby.

She looked a billion times more beautiful in an old pair of jeans and a knotted white singlet than she did in a fancy dress, her curls scraped into a bun. You want to know what sex appeal truly is? It’s Jennifer Grey in a raincoat waiting for Patrick Swayze to smash a car window with a concrete pole, not Abigail bloody Breslin.

I can’t tell you much about the bloke who’s playing Johnny Castle because, like the rest of the world, I’ve never heard of him.

His name is Colt Prattes and google tells me he is a dancer but I don’t want to even waste keyboard strokes on him because THERE WILL ONLY EVER BE ONE JOHNNY CASTLE AND THAT IS PATRICK SWAYZYE AND THAT SOUND YOU HEAR IS PROBABLY HIM ROLLING IN HIS GRAVE.

I mean, does anyone actually think anyone else on the planet can utter the line “You just put your pickles on your plates college boy and leave the hard stuff to me” and make it the most sexy thing you have ever heard? Didn’t think so.

The rest of the cast for the remake is just as uninspiring. Joining Breslin and Prattes in the remake include Debra Messing as Baby’s mother, Sarah Hyland as Lisa, Baby’s sister, and Nicole Scherzinger as Penny, Johnny’s dance partner.

Plus, Katey Sagal, Billy Dee Williams and Bruce Greenwood also head to the Catskills for the updated version. Nope, nope, nope, and nope.

Will I watch the remake? Of course I will because I am clearly an angry person and nothing will make me happier than confirming my suspicion that it will be a big steaming pile of soggy sequins that will be relegated to future Top 10 Worst Remakes of All Time lists.

It’s too late to save Dirty Dancing from the remake gods of doom but Hollywood, please, I beg of you, enough now.

And for the love of all that is good in this world if you even think about remaking Top Gun I will find you, and I will kill you.

Arthur (2011): Why would you remake a movie that originally starred Liza Minelli and Dudley Moore? Why? And to do it with Russell Brand and Helen Mirren? Why?

Straw Dogs (2011): Starring Kate Bosworth and James Marsden. The New York Post said it best when it wrote the pair were so “unintentionally snobbish that you’ll be rooting for the psychopaths”.

Planet of the Apes (2001): Directed by Tim Burton, who hated the finished product so much he basically disowned it. With Mark Wahlberg as its star, it’s easy to understand why.

Psycho (1998): often hailed as the worst movie remake of all time. Even acclaimed director Gus Van Sant couldn’t save it.

The Karate Kid (2010): This starred Will Smith’s kid and that’s probably all that needs to be said because no one in that family can act. No one.

Fame (2009): The film’s only saving grace – described as a “watered down after school special” by one critic – is that Debbie Allen makes an appearance in the remake as the school principal.

Pride and Prejudice (2005): Not technically a remake of a movie but if you are going to do anything that tries to replace Colin Firth as Mr Darcy you are absolutely mad. Oh, and Kiera Knightly as Lizzie is just awful. So truly, truly awful.

Charlie and the Chocolate Factory (2005): Gene Wilder was whimsical and magical and wonderful. Johnny Depp was just plain creepy.

Godzilla (1998): Despite relatively good special effects, the film’s weak script let it down.