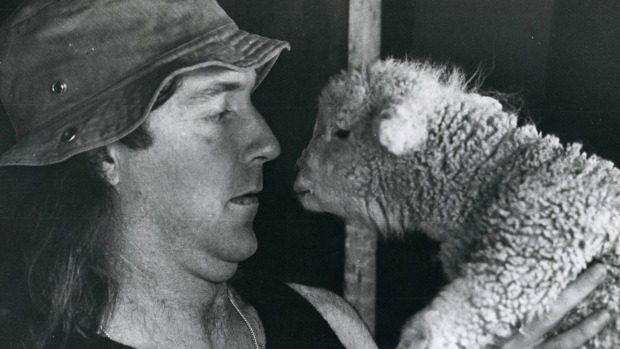 OPINION: It’s nice that Easter came along just now. We could do with a break from Sonny Bill Williams letting his religion get in the way of things.

Here, have an Easter bunny. It costs 70 per cent more than regular chocolate because it’s in the shape of a bunny. We know what’s best for us. We always have done.

Two things seemed to happen on TV in the 1970s at more or less the same time: there was John Clarke being brilliant, and there was the rise of Robert Muldoon. It was a time of middle-aged white men deciding what was good for all of us. They would look at the rest of us in a way that said we amused them and one day we might understand, now be quiet.

But here was Clarke with something new, something you wouldn’t hear on the radio or the TV or at a civic ceremony, but would actually hear wherever you went. Tom Scott says he and Clarke would swap lines they heard in shearing gangs and at the freezing works, and they would be on the floor laughing and then they would put it into their writing, and it was funny, and knowing, and genius.

READ MORE: *No need to go overboard *Books are our friends

It was the sound of us, it was also the sound of irreverence. It saw through the foolishness of people who knew what was best for us. You might be the boss, you might also be an idiot.

John Clarke would say he was from the audience. Idiots at the NZBC, who knew what was best, dismayed him again and again. So would TVNZ, later, who would have free access to all his Clarke and Dawe work, week after week of it, and use none.

So of course he left. And then a while later, so did the old way of life. No more welfare payments for sheep, no more Federated Farmers saying farming was the backbone of the country and should be supported by whatever means.

Instead we got Federated Farmers reincarnated as free-market true believers. The one thing that stayed constant in their message was that they knew best. And they still had that look on their face: we amused them.

Bill English has that look. You can talk to him and it can feel as though he’s listening, but when you look back, you remember an amused grin fixed to his face.

Some people call him a policy genius. His big idea is “social investment”: you treat social welfare spending as an investment. That is: you ask how you can get a better return on it. You crunch the data, and work out which people need mending, like they’re Uber drivers ready to pop up on your app so you can give them a good sorting out.

Keith Ng, a data expert, says it’s a cargo cult to believe that just because you have “data” you will be able to get your arms around it and understand it and work with it. That requires specialist expertise. The specialists are few and it’s not nearly as simple and straightforward as the PM has implied.

Here’s a bigger policy question for the PM: why is our economy still so narrow after all this time? Why, after all these years, do we rely so much on selling so few products and services?

This is essentially how our economy works – Fonterra earns a huge wodge of money that it spends with big law firms and accountants and consultants and bankers. All those people spend a fortune on their beautiful homes in St Mary’s Bay and Parnell, and all the tradespeople and middlemen charge them top dollar and silly money. They all go out to dinner and spray loads of cash around and we call this a buoyant economy.

Next thing you know, you want to do some renovations and you call a guy for a quote and he arrives in a brand new Touareg and he tells you it’ll be $80K to renovate a couple of bathrooms.

The whole thing’s a lolly scramble. Everyone is borrowing enough money to pay for 80k bathrooms and million-dollar brick and tile houses, because we’ve all pretended that makes sense. It looks like foolishness.

But no doubt the Government knows best.