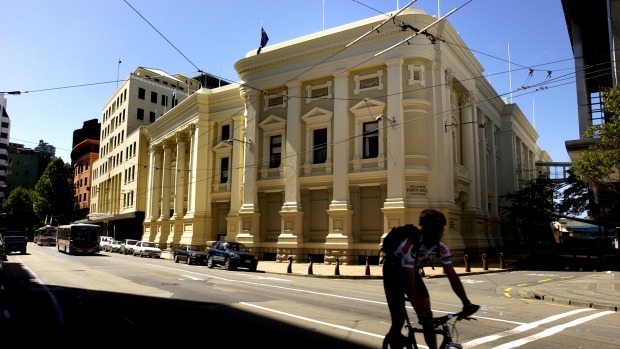 OPINION: When I was eight my mother took me to a New Zealand Symphony Orchestra (NZSO) concert at the Wellington Town Hall.

I was very excited because the concert included Beethoven’s Ninth Symphony and I looked forward to hearing Song of Joy. Little did I know I would have to wriggle around for a good 40 minutes before the famous song started. But it was my earliest memory of a superb venue. Even an eight year old can tell great acoustics.

A few months later I heard the magnificent organ in full flight. Years later, as a student musician, I was lucky enough to play in the hall and verify the brilliant acoustics – which Leonard Bernstein said were among the best in the world – for myself.

But the Wellington Town Hall has been far more than a classical concert venue. I have attended a number of conferences, prizegivings and award ceremonies in the grand hall, and always enjoyed it far more than the modern yet somehow soulless barn next door.

The Wellington Town Hall has a proud history: A splendid opening in 1904 then, in the 1920s, a chap from Nelson called Ernest Rutherford packed the place out when he spoke about the structure of the atom. He held up a pea on stage to signify the nucleus and pointed to the far wall in the gallery to denote the comparative location of an electron.

The local papers covered the event, though seemed more interested in Mrs Rutherford’s clothes – the height of English fashion.

In the late 1970s when many Wellingtonians were getting heartily sick of Prime Minister Rob Muldoon, he held an election meeting in the Town Hall. National Party members, resplendent in blue boater hats, sat upstairs, and the Left-wing rabble, myself included, heckled in the stalls.

Though I hated how Muldoon divided the country, I couldn’t help but admire the way he could handle such a big crowd. This was democracy in action. Even better, it was in our hall in our town and we could tell Muldoon exactly what we thought. I doubt any of the current crop of technocratic, schmoozer party leaders – except perhaps Winston – could perform in that hall like Muldoon could.

So when property developer Ian Cassels says that Wellingtonians are “romantic” and “sentimental” about their town hall, he is damn right. And so we should be. Cassels thinks spending $90 million on yet more earthquake strengthening and restoration for the “white elephant” is misguided, and that a hotel on the site would generate far more income.

Cassels is right about the income, but let’s also remember that the Eiffel Tower, Big Ben, White House, Carnegie Hall and Tiananmen Square and our own Cenotaph generate little income and would earn far more money if they were replaced by hotels.

And while we’re talking council white elephants, how does strengthening and restoring a beautiful, popular building that has been in constant public use for more than a hundred years stack up against an expensive runway extension at a partly privately owned airport or a convention centre that is already budgeted to lose a few million each year?

Spending $90 million of ratepayers’ money for Town Hall strengthening is sentimental, romantic – and a no-brainer. The building has been in limbo for far too long, with no performances there since 2013.

So it’s a standing ovation from me for mayor Justin Lester – as well as for councillors Nicola Young and Helene Ritchie who thrust the issue into the mayoral campaign – for getting strengthening and restoration under way.

Even council CEO Kevin Lavery, who back in 2012 said $40 million for strengthening was “an awful lot of money for zero return”, was there to announce the initiative. Though it was hard to tell whether deputy mayor and ex-cop Paul Eagle had him in an armlock or not.

I can’t wait to attend NZSO concerts in our Town Hall. I’m also assuming that our excellent local orchestras and choirs will get to use it without having to pay exorbitant fees. Ditto for school prizegivings and other public events, not to mention good old-fashioned political meetings. All we need now are some politicians who can fill a venue.