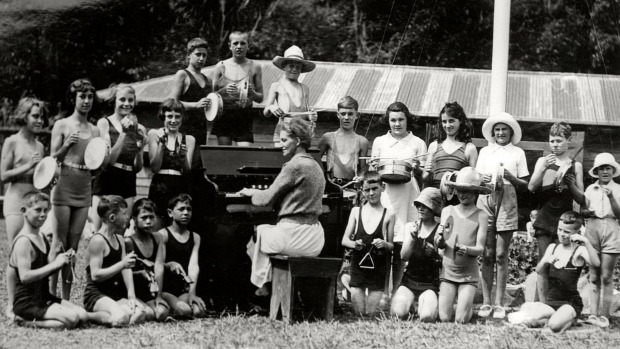 A Hamilton history-maker could get a permanent spot in the city – speaking, playing the piano, or with children.

Heritage trust TOTI is proposing a statue of Dame Hilda Ross, to go in front of the Starbucks on the corner of Worley Place and Ward Street.

The group also wants a nearby section of Ward Street to be renamed in Ross’ honour.

She was “full of love, but plain speaking”, TOTI member Margaret Evans said.

She was the first piano teacher at Waikato Diocesan School in its early stages, and spent about 50 years with Hamilton Operatic Society, Evans said.

In 1944 Ross moved into the political sphere as Hamilton’s first female councillor and was appointed deputy mayor.

A 1945 by-election took her to central government, and on to ministerial roles, including in social security and child welfare.

Eight artists sent in ideas for a statue of Ross and TOTI consulted to choose the top three.

Two are in the heroic style which befits Ross’ era, said Evans, a former Hamilton mayor.

One is by Brigitte Wuest, who is also linked with Hamilton’s Riff Raff statue, and the other is by Matt Gauldie, who did the Sapper Moore-Jones statue.

The third, by artist Tim Elliott, is more modern and shows Ross seated at a piano, beside a child.

TOTI’s quest to name a street after Ross has written support from descendants of Ross, and others such as current local MPs, the arts sector, and Hamilton Central Business Association.

Council’s preference is for Ward Street – from Victoria Street to Centre Place – to become Dame Hilda Ross Way, and the proposed artwork site to be named Dame Hilda Ross Plaza.

It has not committed to approving the renaming application.

TOTI hopes the statue can be installed in 2018, as work on the statue could take up to 12 months from when it was commissioned.