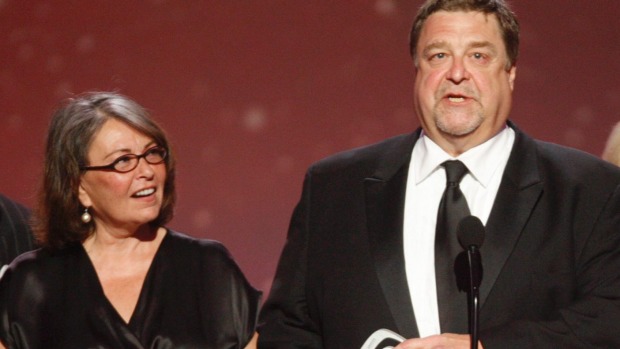 Roseanne, the hit 1990s television comedy about a working-class American family, could be on its way back, marking the latest in a trend for revivals of 20-year-old shows.

Variety and Deadline.com reported that a revival with original cast members Roseanne Barr, John Goodman and Sara Gilbert was being shopped around broadcast networks and streaming services.

Reuters could not independently confirm the reports.

The original Roseanne was broadcast from 1988-1997 and was the most watched TV show in the United States in 1989 and 1990. It featured a blue-collar family, with overweight parents, who were struggling to get by in the fictional town of Lanford, Illinois. The show was praised for being a realistic portrayal of a working-class family.

Deadline.com said the intention was to include other principal original actors, such as Laurie Metcalf and Johnny Galecki, in the reboot.

In an appearance in March on daytime talk show The Talk, which is co-hosted by Gilbert, Goodman was enthusiastic about bringing back the show.

Roseanne would be the latest hit show from the 1980s and 199Os to get a revival. Will & Grace, a comedy that helped bring gay men and women into mainstream pop culture, is returning to NBC with 12 new episodes within the next year, while supernatural crime Twin Peaks is coming back in May some 27 years after it was first shown.

There have also been revivals or sequels to popular American TV series Gilmore Girls and Full House in the past two years.