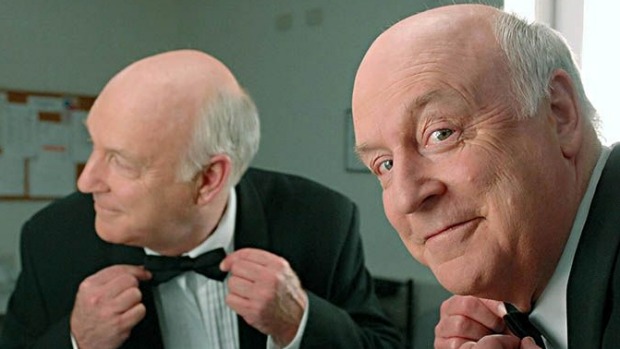 The Warrington Primary School end of year dress up parade, 1978. I had just turned five and it was my first one. I was pretty excited, but who would I go as? A comic book hero? A sports star? A sheep? The options were endless. However, I didn’t dress up as any of those; not as Superman nor Spiderman nor Sheepman, nor in fact as any other man. I went as a bloke. A Kiwi one. Fred Dagg.

I’m not really sure why I did. We didn’t have a TV but I must have seen pictures of him somewhere. I remember my parents used to listen to him on the radio and cack themselves. Being a kid with jokes and humour beginning to course through my blood I must have been attracted to something in the tone of his voice: the irony, the deadpan delivery, that Kiwi dryness.

The other contributing factor was that I had every piece of costume required lying on the floor of my room: black gumboots, shorts, a black singlet and a sun hat. (That last item might sound like a stretch for a kid in the 1970’s but I’m a ginger.) It was the first time I had gotten up in front of an audience and wandered around in a silly hat. It was not the last. Thirty eight years later I’m still doing it, although now it’s a cowboy hat for my character Wilson Dixon.

READ MORE:* ‘Bat on, John’ * John Clarke, the man behind Fred Dagg, has died * What a Dagg! The day John Clarke came home to Palmerston North * Live: The man behind NZ icon Fred Dagg has died He continued to loom large in my life as I grew up, as I got more into performing and comedy. My mum gave me a copy of his book A Dagg At My Table. I had a t-shirt with a picture of Fred Dagg on it reclining with his feet up and the words “kick it in the guts, Trev﻿” written underneath. I had a vinyl record of some of his radio shows. His work continued to delight and inspire me through his use of language, his deliberate delivery, and the space and pauses around his words. The naming of the All Black team using the names of writers, musicians and artists is a perfect example. “Locks: B.T. Finn, King Country. N.M. Finn, King Country. Props: K Hulme, West Coast.” Pure gold.

I never got to meet John, although we did have mutual friends. I lived in Melbourne for many years, sometimes not far from his place in Fitzroy, and on several occasions I tried to set up meetings but they never came to pass. If I had got to meet him I’m not really sure what I would’ve said. Probably just “thanks.”

There are many influences on my work as a comic, but none greater than John Clarke. He was a pioneer, there is no other word for him, nor is there anyone else who did more to articulate the NZ “voice” than him. He was the first to capture the nuance and tone of our Kiwi identity with his laconic delivery, his understatement and irony, and to elevate it to an art form. In doing so he was saying “this is who we are, this is where we come from, you don’t need to look anywhere else”. The beauty of his work was that he was at once satirising our culture and in the same breath celebrating it.

His influence is enormous. From the song How You Doing by the Front Lawn to the dry banter between Bret and Jemaine in the Conchords to the Topp Twins to the famous Speights TV ads from the early 90’s to the films of Taika Waititi. All of their work bears his indelible stamp. There is a reason why the top award at the NZ International Comedy Festival is called The Fred. I am honoured to have once been the recipient of that award – an indirect link to a man who was quite literally my childhood hero. The Godfather of NZ comedy.

So, goodbye Mr Dagg. I write this tribute with a very heavy heart. You will be sorely missed by many around NZ and across the Tasman. You made us laugh. You made us laugh at who we are. You made us find jokes in places that we didn’t think there were jokes. You are an icon, a legend, and a bloody good bloke. (Sorry John, probably went on a bit at the end there.)