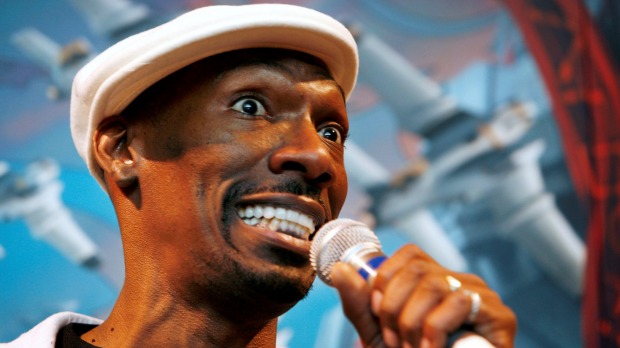 Charlie Murphy, older brother of Eddie Murphy and a comedy stand-up and performer in his own right, has died.

Murphy died Wednesday in New York of leukemia, according to his representative, Domenick Nati. Murphy was 57.

He was perhaps best-known for his appearances on Chappelle’s Show’ on Comedy Central. He collaborated with writing his brother’s starring films Norbert and Vampire in Brooklyn.

He voiced a role in the animated TV series that include The Boondocks and also appeared in the comedy series Black Jesus.

In a statement, the Murphy family said: “Our hearts are heavy with the loss today of our son, brother, father, uncle and friend Charlie.

“Charlie filled our family with love and laughter and there won’t be a day that goes by that his presence will not be missed. Thank you for the outpouring of condolences and prayers.

“We respectfully ask for privacy during this time of great loss for all of us.”

In an interview with Variety last year, Eddie Murphy spoke about his brother after being told that Charlie’s name comes up in a search of “Eddie Murphy impressions” online.

“Charlie is actually my best impression, ” he said. “I’ve been doing him since I was two or three. He was my first impression.

“I wish he would get famous because people could see this great impression that I do.”

Fellow celebrities also mourned his death. Comedian Chris Rock tweeted that “We just lost one of the funniest most real brothers of all time.”

Former basketball great Magic Johnson tweeted that “I haven’t seen anything as funny as Charlie Murphy & Dave Chappelle’s skits on the Chappelle’s Show!” and Hamilton playwright Lin-Manuel Miranda tweeted that Murphy was a “HABITUAL line-stepper…” whose “storytelling was hilarious and unforgettable.”

He is credited with appearances to air later this year on the TV drama series Power.