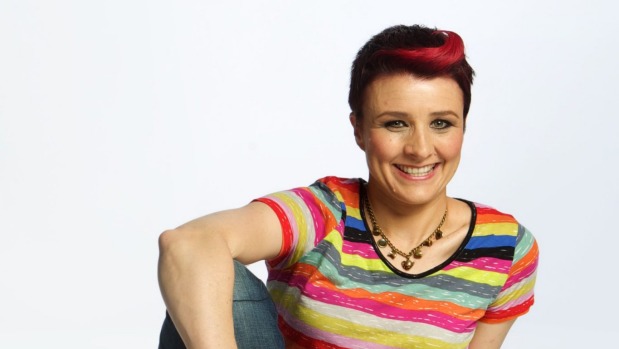 Comedian Cal Wilson says rugby players assaulted her as part of a bizarre hazing ritual at her high school.

The Christchurch comedian opened up about the bullying and incident while appearing on The Guilty Feminist podcast.

To be a verified “cool girl” at her high school, you had to be “bitten on the a…”, Wilson said.

The 46-year-old comedian recounted an experience where three first 15 rugby players pinned her to the ground as she struggled to escape. Their intention was to bite her, she said, and it wasn’t the first time.

The ritual was called “barracuda”. It was performed when one of the popular first 15 rugby boys “approved” of a girl, Wilson said. After four years of being a geek, she received the “barracuda” in her final year.

“I didn’t know how to feel about it. I was like ‘ahh, ow, that really hurt and that was weird but now I guess this means I’m cool, so thanks’,” she said.

That was after it happened the first time.

“It never occurred to me to go home to my parents and say I’ve just been assaulted by a rugby player,” she said.

When they tried to bite her again, Wilson said she didn’t put up with it. She became agitated, scared and wanted to get out, she told The Guilty Feminist.

Wilson said they would bite just hard enough to leave a bruise, “they didn’t take your pants of or anything like that”.

In the common room she was left in tears, she said.

“I started struggling and then I had this realisation that I couldn’t move and I was pinned down. It just switched over to this mad fight or flight thing where I really felt like I was struggling for my life.

She recalled being brought to tears by the feeling of how vulnerable she was in that situation.

According to Wilson, the rugby players weren’t happy about her tears. She said they were angry and “appalled” that she had ruined their fun. After that, she said it was back to being a bit of an outcast at school.

Wilson revealed that the “barracuda” again reared its head years later while she was a professional comedian. One of the boys, now a businessman, called her manager and asked to book Wilson for an event he was hosting. He told the manger to ask if Wilson remembered her “barracuda”.

“I still don’t know if he in his mind was going, ‘I still want you to know that I’ve got a little bit of power over you’. Or wether he genuinely thought it was a really lovely fun memory,” Wilson said.