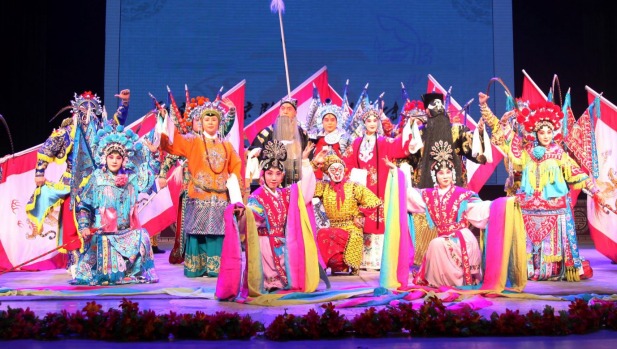 China Cultural Week opens in New Zealand with a visit to Palmerston North on Friday of the Heilongjiang Peking Opera Theatre.

“It is one of China’s oldest provincial Peking Opera troupes, and has been acclaimed globally for award-winning performances that incorporate singing, dancing, acting, martial arts and storytelling. The Manawatu Chinese Community Trust is very lucky to be able to host one of their two only performances in New Zealand,” Peng said.

Founded in 1950 in the far northern Chinese province of Heilongjiang, on the border with Russia, the troupe is regarded as a group of national cultural significance in China.

It was coming to Palmerston North because past cultural visits sponsored by the China Cultural Centre had gone so well, according to Guo Zhongguan, director of the Centre in Wellington.

Guo said January’s Happy Chinese New Year performance by the touring Liaoning Song and Dance Ensemble in the Regent on Broadway in celebration of the 2017 Chinese Year of the Rooster Spring Festival was a case in point.

The city’s proximity to Wellington for transport and accommodation arrangements was also an advantage, he said.

The elaborately costumed troupe will be performing four traditional pieces from their considerable repertoire including The Lady of Heaven Scatters Flowers and Presenting a Pearl on the Red Bridge.

Cultural Week activities continue in Wellington with a repeat performance of The Quintessence of Chinese Culture Peking Opera show at Te Papa on Saturday afternoon.