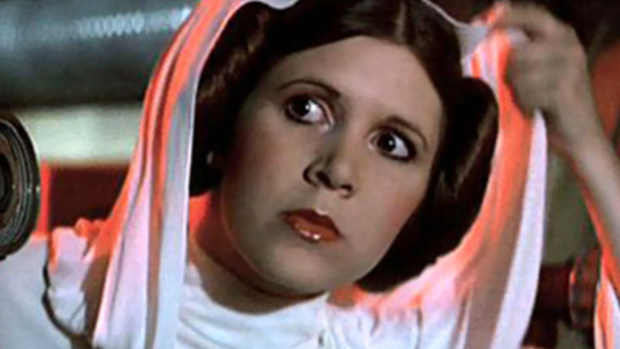 Carrie Fisher will return in not one but two more Star Wars films, the latter of which will not be released until three years after her death.

Todd Fisher, brother of the actress who died on December 27 last year, four days after suffering a heart attack on a flight from London to Los Angeles, has reportedly told the New York Daily News that Disney has been granted permission to use her image in the final film in the nine-picture main series, so far known simply as Star Wars: Episode IX.

It is understood that Fisher’s character, Leia Organa, will not be created using CGI, as she was for one brief scene at the end of Rogue One: A Star Wars Story last year.

Her scenes for the forthcoming movies Star Wars: The Last Jedi, due for release in December 2017, and Episode IX, due in December 2019, had reportedly been shot before her death (though shooting for the latter film is not due to begin in earnest until next year).

The CGI Leia of Rogue One was necessitated in order to create an entirely original scene featuring Fisher as she appeared in the first Star Wars movie, released in 1977.

She was just 19 at the time that was filmed, and almost 60 when Rogue One was being made, and no amount of Vaseline on the lens could hide that fact.

But following her death, speculation was rife that a CGI Leia would feature more prominently in the final two films in the main series. After all, Peter Cushing had been recreated digitally for Rogue One, a full 22 years after his death.

However, Disney and its subsidiary LucasFilm issued a statement In January saying it had no plans to do so.

Todd Fisher said he and Carrie’s daughter Billie Lourd had granted the studio the rights to use the footage in the forthcoming movies.

“Both of us were like, ‘Yes, how do you take her out of it?’ And the answer is you don’t,” he told the Daily News.

“She’s as much a part of it as anything and I think her presence now is even more powerful than it was, like Obi Wan, when the saber cuts him down [at the end of the first film] he becomes more powerful. I feel like that’s what’s happened with Carrie. I think the legacy should continue.”

Fisher added that “the people deserve to have her. She’s owned by them”.

That said, the image rights fees will likely flow to the estate of Carrie Fisher rather than to the aforementioned people.