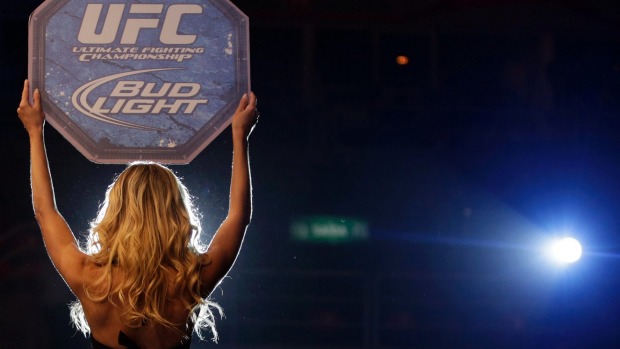 While it’s been 736 years since the first boxing bout was held, yet the sport’s attitude to women seems to be from a different era altogether – one known as the Dark Ages.

In a press release on Friday, an Auckland strip club announced it would sponsor the “Ring Girls” at WBO championship bout between Joseph Parker and Razvan Cojanu on Saturday week.

Ring “Girls” are scantily clad women who hold up signs between rounds, so that the crowd (mostly men) know which round it is.

Well, that’s the simple explanation, only it’s not that simple – not according to sponsor, The Penthouse Club manager C J Davis.

“The role of a ring girl is an important one, taking a specific route around the ring, ensuring they are visible from each and every angle and holding the round number placard high reminding thousands of event spectators … and also 15 million global television viewers, how many rounds have been completed and how many rounds remain for their hero to fight.

“The feminine contrast of a glamorous ring girl against the backdrop of the sweaty masculinity of Parker and Cojanu fighting it out certainly adds to the entertainment factor.”

Ring girls reportedly came into existence after a 1965 edition of Ring Magazine ran a photo of a Las Vegas – where else? – model holding a sign at a boxing match, Boxing Monthly says.

“The scantily clad women were originally intended to attract spectators and enhance the entertainment factor, creating a Vegas-like spectacle out of the brutality of boxing showcased.”

Fight promoters adopted the practice and ring girls are now part of any boxing event, as well as mixed martial arts and wrestling.

Up until then boxing was largely for men, with boxing saloons considered women-free zones.

“A man dressed in a suit holding the round cards would often walk around the ring with a trail of cigar smoke behind him,” Boxing Monthly said.

Being a ring girl is not such a glamorous job. They can be catcalled and ridiculed by fans during a fight.

But debate about their role tends to be less about whether they are required (they are ingrained in boxing culture), instead centred around what they should wear, more or less.