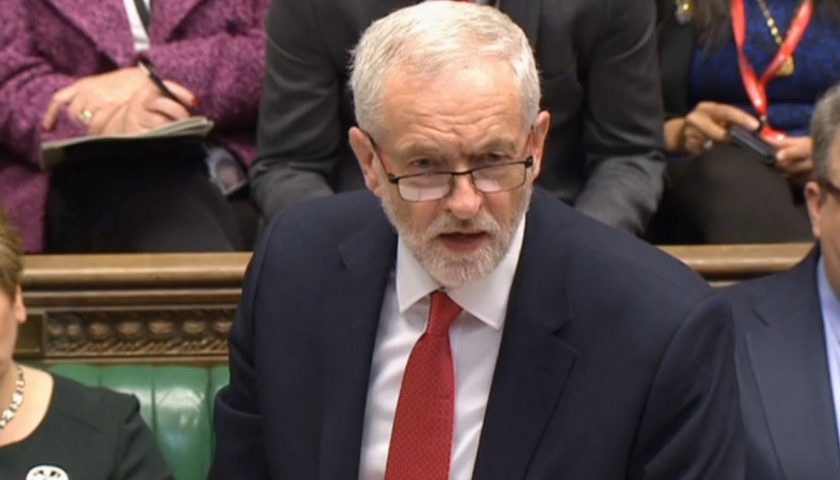 Johnson said that he “meant no disrespect to mugwumps everywhere”.

Writing for The Sun, the Conservative frontbencher said that the “biggest risk is that people don’t get what a threat he really is”.

Saying it was “vital” British people chose Theresa May over the Labour leader, Johnson made a personal – and very Johnsonesque – attack on Corbyn.

“They watch his meandering and nonsensical questions and they feel a terrible twinge of human compassion. Well, they say to themselves: he may be a mutton-headed old mugwump, but he is probably harmless.”

Speaking on LBC radio this morning, Johnson said that he “meant no disrespect to mugwumps everywhere”.

Corbyn has long called for Britain to scrap its Trident nuclear deterrent programme, something Johnson says is unconscionable.

The lifelong pacifist insists he would “never” push the nuclear button if elected prime minister. Last July the UK Parliament overwhelmingly voted to replace the ageing submarines that carry the arsenal at a cost of £41 billion.

Ahead of the 8 June general election in the UK, Corbyn has pitched himself as the anti-establishment candidate and attacked the government’s record on the funding of schools and hospitals, as well as citing housing shortages and wage stagnation.

He said many Britons were “held back” by the government and “many people feel the system is rigged against them”.

A mugwump is defined as “a person who remains aloof or independent, especially from party politics”. The term was used to describe a band of US Republicans who split from the Republican Party to support President Grover Cleveland in 1884.

It is an Algonquin word meaning “”person of importance” or “war leader”.