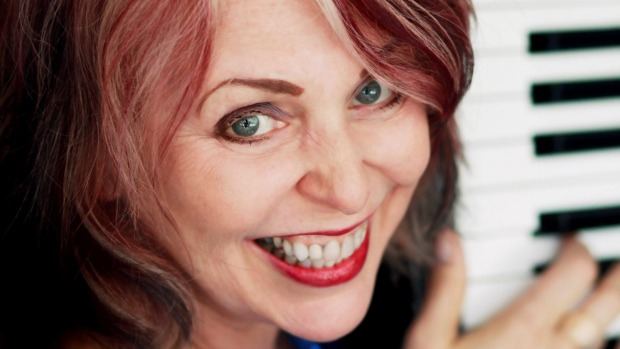 When boogie woogie piano player Jan Preston tripped over, she was initially worried that her glasses had broken.

Sprawled face first on the ground, Preston then noticed her right wrist was at a strange angle, while her left wrist didn’t feel all that good either. And then the pain kicked in.

“I had done what medics call a ‘forward fall’ over an unmarked speed bump in a neighbour’s driveway. My feet stayed stuck on one side of the speed bump, and I put my hands out to stop the fall.”

X-rays confirmed both wrists were broken, and the professional ivory tinkler permitted herself a moment of panic.

Operations and six months of therapy followed, and the Greymouth-born, Sydney-based musician is now on her comeback tour of New Zealand. Jan Preston’s Boogie Circus stops off to play at Palmerston North’s Globe Theatre on Friday night.

The bones may have fractured, but the nerves and tendons were unaffected.

“The surgeons did a brilliant job. We don’t play the piano with our wrists – we play with our fingers and our arms. I’ve lost a little wrist flexibility, but not all that much. I could still play when I was in plaster and when I was in the fibreglass moulds.”

The traumatic fall did have a silver lining. Preston reckons she is playing and singing better than ever thanks to the Taubman Approach, a technique devised last century by American teacher Dorothy Taubman to assist players with injuries or suffering from carpel tunnel.

“Michael Houstoun, I think, used this approach. It means I now sit higher to play.”

Because she is less hunched over the keyboard, the higher centre of gravity has helped her vocals.

“I do sing – it’s not just a piano concert. There are four or five instrumentals, including Bumble Boogie [the famous boogie arrangement of classical composer Rimsky-Korsakov’s Flight of the Bumble Bee] but the bulk of the performance is singing.”

The classically trained Preston made a name for herself as musical director for 70s and 80s alternative Kiwi cabaret theatre troupe Red Mole. She formed hit band Coup d’Etat with Hello Sailor’s Harry Lyon in 1980, and has written film and TV soundtracks, notably for her sister, film-maker Gaylene Preston.

The performer has family living in Palmerston North and said the Globe  was one of her favourite New Zealand venues. She last played there in 2015, accompanied by Andrew London.

“It’s not too big, and there’s a connection with the audience. It’s just a lovely venue for people and performers.”