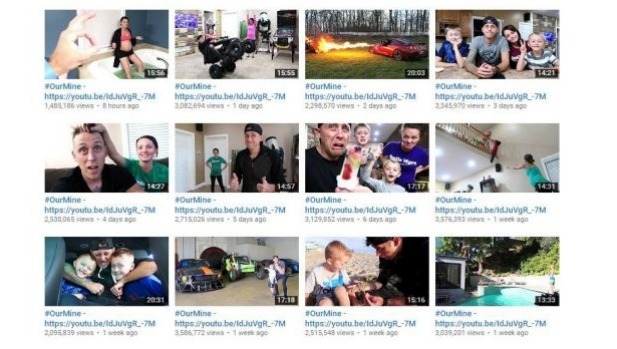 Hundreds of YouTube channels have been hacked by security group OurMine, which is claiming it as “the biggest hack in YouTube history”.

Videos of the compromised accounts display posts with titles that begin “#OurMine” and feature the description “Hey, it’s OurMine, don’t worry we are just testing your security, please contact us for more information”.

Members of the Studio71 network were affected by the hack. Studio71 represents more than 1200 channels according to its website, including RomanAtwoodVlogs, JustKiddingNews and Wranglerstar.

In a broadcast shortly after the attack, Wranglerstar claimed YouTube said the hack had been neutralised and no personal information was leaked.

OurMine is a self-described security group known for hacking high-profile social media accounts as a means of spruiking their online services and to shine a light on poor security.

“We have no bad intentions and only care about the security and privacy of your accounts and network,” the group says on its website.

In a similar incident in early April, OurMine claimed responsibility for the hack of a number of high-profile YouTubers.

No long-term damage was done to the channels and video filenames and descriptions were reportedly returned to normal within hours of the incident.

In the first of several false tweets, the company published a short message reading “RIP @britneyspears” and “#RIPBritney 1981-2016,” along with a teary-eyed emoji.

It was followed up with “Britney Spears is dead by accident! We will tell you more soon”.

The Twitter account of folk music icon Bob Dylan may also have been subjected to a hoax, when it sent out a now-deleted tweet reading “Rest in peace @britneyspears”.