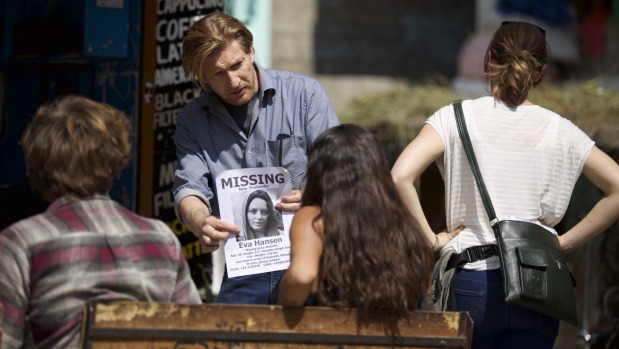 Pan Nalin is one well-travelled director.

However, the Indian born film-maker, who has created projects in France, Japan and his native land, wasn’t quite prepared for his newest location – Auckland.

Speaking on the phone from the Indian-based set of his latest film, the upbeat and avuncular Nalin fondly reminisced about his time in the City of Sails making Beyond the Known World.

READ MORE:  * Trailer: A first look at Kiwi-Indian production Beyond the Known World* Kiwi-shot and set movies headed for the big screen in 2017

“I just loved working with the New Zealand Film Commission and I now know why New Zealand crews are some of the best in the world. And everything in Auckland was so well organised, I couldn’t get used to it. Everything was so clean and functioning – I’m used to a little bit of chaos.”

It’s easy to see why Nalin, best known for his 2001 “spiritual love story” Samsara, was chosen to helm this first India-New Zealand co-production. He seems highly knowledgeable, at ease with everyone and pretty much unflappable.  Set in both New Zealand and across India, Beyond is the tale of Carl (David Wenham) and Julie (Sia Trokenheim) Hansen. Recently divorced, the pair must join together to try and find their missing daughter Eva, who has seemingly disappeared off the face of the Earth while on a journey of personal discovery.

Nalin says he enjoyed getting an insight from the cast and crew about what an upper middle-class New Zealand family might be like and where they might live.

“In the end, we chose a beautiful house by the sea,” he laughs.

After the overall shoot finished, Nalin then decamped to Wellington where he set himself up at “Peter Jackson’s ranch” – Stone Street Studios – for post-production work.

“I did three months editing there. Truly, I would love to come and make a film just in New Zealand. The landscapes are so inviting.”

When it came to casting, Nalin says he found it difficult to find male actors of a certain age in New Zealand.

“And we couldn’t postpone the shoot to wait for somebody because of the expected weather conditions in the Himalayas.”

That’s when the director leaned on Wenham, who had once been on a film festival jury with him in Marrakesh.

“We’d shared a lot of jokes. He’d seen a documentary about Australian parents who were going to India to look for their missing son, so everything connected with David.”

Finding his Julie, was equally difficult, until he saw Trokenheim’s audition tape and her performance in 2014’s Everything We Loved.

“When I paired David and Sia up, they just looked like the kind of couple I could imagine sitting down with in a pub in Auckland and them arguing,” Nalin deadpans.

Casting the younger roles was far less of a struggle, with Nalin impressed with our range of “amazingly talented actresses”. In the end, he chose Chelsie Preston Crayford and Emily McKenzie for key parts in his story.

His approach in India was a little different.  Keen for authenticity, Nalin worked with his casting director to find “real, local actors” from small theatre groups.

“The mountainous places are very different to Mumbai. The landscape has a different effect on faces – all that sunbaked skin. We realised that if Indians were watching, they would know if the characters weren’t authentic.”

But how did this globally renowned director end up making this little Kiwi-Indian film? Nalin says he first met producer Matthew Horrocks at the Cannes Film Festival.

“He spoke to me about it and my initial reaction was that very often such Indian-set projects, when they are written by foreigners, have a lot of cliches. I said, ‘I need to see the script’. But when I read Dianne’s [Taylor, Apron Strings] script, I realised it was a quite amazing journey of a family of three who are kind of torn apart. What I  liked was they travelled thousands of kilometres across the world, but couldn’t make the couple of metres among themselves to find one another.

“I was really attracted to that and I knew that I had the vision and experience of going to these sorts of places and working on the streets to be able to deliver this story with authenticity.”

To that end, pre-production in India involved three location scouts – one for logistics, one for practicalities and one with the production and costume designers.

Scheduled to screen in select New Zealand cinemas from Thursday, Beyond the Known World has also been selected to take part in the Gold Coast Film Festival across the Tasman later this month.

Nalin hopes it will eventually be shown in his native country and that viewers around the globe take away the same message.

‘It is a kind of spiritual, moving film. It’s about not taking distances for granted. Sometimes, with the bombardment of social media, we forget the people right in front of us and taking the little step of moving towards them. I think you have a great quality of life in New Zealand, but to me the problems are the same the world over. My hope is that parents will see this film and then go and hug their children afterwards. If that’s the case, then my mission will be complete.”

Beyond the Known World (M) is in select cinemas from April 20.