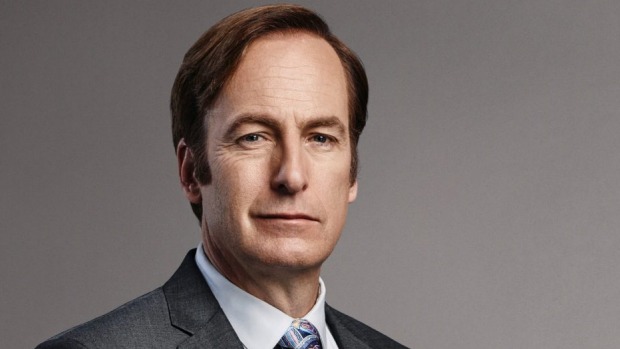 Bob Odenkirk was first noticed in this part of the world when he played flashy, corrupt lawyer Saul Goodman in Breaking Bad.

As the legal counsel for chemistry teacher-turned-drug dealer Walter White (Bryan Cranston), the American actor made a big impact in the series. So much so that the show’s creators decided to make a spin-off prequel with Odenkirk’s character at its centre.

Better Call Saul, in which Odenkirk plays Albuquerque’s Jimmy McGill, the man who would go on to become Saul Goodman, is set six years before the events of Breaking Bad.

For 54-year-old Odenkirk, who was in New Zealand on a publicity tour, this means looking younger on screen – something he discussed with Better Call Saul’s writers and creators Vince Gilligan and Peter Gould.

“When we started this show I said to Vince and Peter, ‘Guys, I’m 50 years old. I’m not going to get younger in the next few years so I don’t know what you want to do with that information’,” he says.

“I think the reason they did that is in Breaking Bad, Bryan also did the same thing.

“His character is pretty much the same age as he is but there were a couple of episodes where he played a younger version of Walter White. He had fuller hair and nobody blinked.”

For the record, Odenkirk’s Jimmy McGill wears two hairpieces and thanks to computer-generated imagery any noticeable wrinkles are removed when the actor plays a younger version of Jimmy.

When Odenkirk was offered the chance to star in the Breaking Bad spin-off, he decided it was worth taking a chance.

“I’ve been in show business for a long time,” he says. “I started at Saturday Night Live when I was 25 as a writer and I’ve seen a lot of projects from inside and outside and all-around projects that I did myself or friends of mine have done.

“The risk here was clearly that we would alienate Breaking Bad viewers. The worst thing we could have done was make Breaking Bad less good than it was somehow by tainting its legacy.

“But the truth is Breaking Bad was done. (But) it ended before people were done with it. People still wanted more. You could feel it.

“As a viewer, I wanted more. I had the best writers in the business, Vince Gilligan and Peter Gould, creating this show and I am willing to take a risk. If you aren’t, you really shouldn’t get into show business.”

So far there have been two seasons of Better Call Saul and a third is about to start on Lightbox. Fans of Breaking Bad haven’t given up hope that Bryan Cranston will pop up on the show one day.

He has been spotted on the Albuquerque set and while it’s not clear whether he will have a guest-starring role, Odenkirk is on record saying, “He’s the greatest dude. He set the bar for everyone in every way. I wish he was there all the time.”

Generous and open, Odenkirk seems a million miles from his shifty TV character.

He is married to his manager, Naomi, and they have two children.

He grew up in Illinois and is one of seven siblings. His younger brother Bill is a writer on The Simpsons and also wrote for Futurama. The two siblings worked together on Bob’s sketch comedy series Mr Show With Bob And David. (‘David’ refers to actor and writer David Cross.)

Odenkirk believes that his unique sense of humour stems from his Irish grandmothers.

“I’m writing a book about my experience in show business and I’m going to go to the Irish grandmas completely,” he says.

“The grandpas were both German and Dutch so that’s not the most hilarious genetic code, although the Dutch grandpa had a lot of fun.

“He was smiling and laughing all the time. The grandmas were just sarcastic and funny. They cut everything down to size and that’s the Irish in them.”