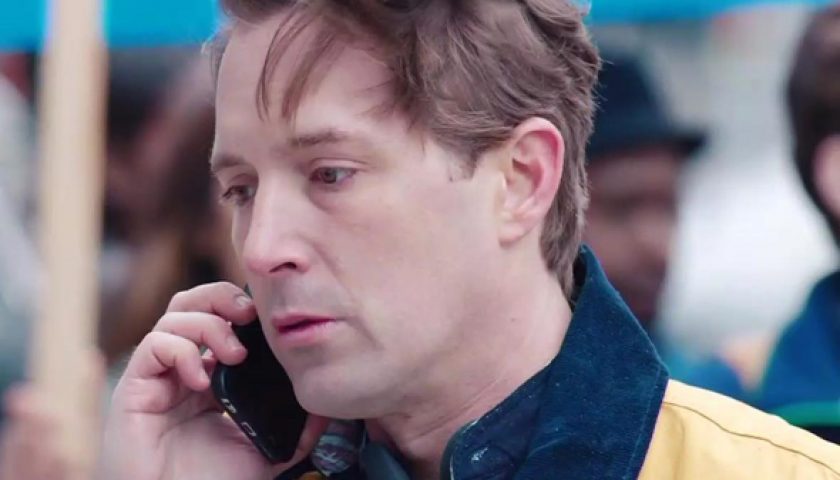 Saturday Night Live joined the conversation this week with a behind-the-scenes look at the making of that terrible, terrible Pepsi ad. While other late-night shows beat it to the punch, SNL’s more measured approach—recognizing that the entire thing was so ridiculous on its face that it barely needed any jokes—made for a strong finish. Beck Bennett plays the director of the protest-inspired abomination, and SNL just gives him room to have the conversation that somehow everyone in the entire creative pipeline for a big budget ad for a multinational corporation apparently avoided during production.

By far, the most common reaction to Pepsi’s bizarre attempt to use protest to sell sodas has been simple disbelief that anyone thought this was a good idea. But rather than reiterating all the reasons Pepsi should never have done this, SNL moves that side of the argument to the other end of an telephone call we don’t hear. Instead, the heart of the skit is a 20 second reaction shot of Bennett’s face falling as he hears his sister’s initial reaction to his big, bad idea. Bennett has a real talent for looking crestfallen and plays this perfectly—the brief insert of him fake-smiling as a co-worker walks by is spectacular—and the way the music swells each time he pitches his misbegotten ad before cutting off abruptly kills every time. It’s a rare example of wringing more laughs from something after the thinkpiece/late night cycle has beaten a topic to death, and the secret turned out to be playing things relatively straight.