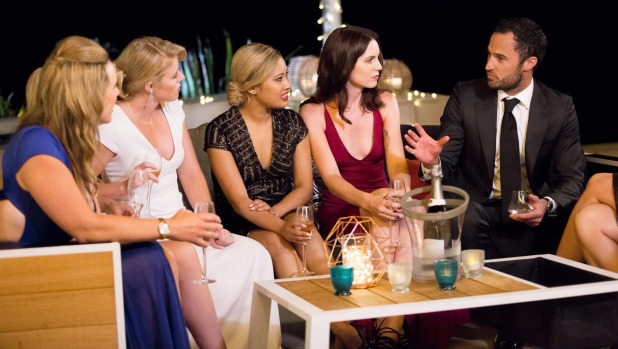 Bachelor contestants were bound to pay MediaWorks a fee of $30,000 if they let slip any inside information about the reality television show.

Contestants on the reality television show were tied to a contract which prevented them from publicly disclosing any any instances of drug taking, drinking or sexual activity they may have witnessed while the show was being filmed.

Contestants on season two of the show were asked to sign a contract which appointed MediaWorks as their talent agents after filming concluded, and entitled the company to take a 20 per cent cut of those earnings. Mediaworks were also entitled to check their financial statements to see what they had earned.

The contract warned that disclosing any information which spoiled the surprise for the viewing public would automatically incur the $30,000 fee.

READ MORE: * Full Bachelor coverage * What ever happened to the ex-Bachelorettes? * Us Two: Ex-Bachelor Art Green and Matilda Rice

Former contestants who spoke to Stuff on condition of anonymity said warnings were issued by Mediaworks that reminded them of the contract and the potential consequences of speaking out of turn.

The contract lasts a year after the final episode of The Bachelor was originally broadcast. For season two contestants, it is due to expire in May.

It also imposes extensive media gagging clauses which prevent the contestants from talking to any outlet without the broadcaster’s express permission. Contestants were also instructed on cleaning up their social media profiles and bars them from any unauthorised Facebook or Twitter posts.

The Bachelor is now into its third season, with Warner Brothers and Three’s owner MediaWorks continuing to make the programme.

The agency clause permitted MediaWorks to review former contestants’ financial statements relating to any work they had done based on their profile as a contestant, to take 20 per cent of that money, and impose a fee for the cost of conducting a review.

Despite MediaWorks becoming the talent agents of ex-Bachelor contestants, the contract makes clear that the broadcaster doesn’t need to seek out jobs for its talent.

Entertainment and media lawyers spoken to by Stuff – some of whom have worked for the production companies behind The Bachelor – say the long reaching exclusivity demands in the contract are unusual.

The lawyers say the contract appears to narrow the contestants’ future options by requiring them to pay MediaWorks for any talent opportunity that arises over 12 months.

The ban includes any derogatory comments about other contestants, MediaWorks, programme makers Warner Brothers or any of the show’s sponsors, such as jeweller Michael Hill, or any statement which might be considered offensive or obscene or unsuitable for young children.

Price said a court might side with contestants who revealed some restricted information, despite what the contract said. The $30,000 fee was reasonable if they revealed important information such as the winner, but it appears to also relate to irrelevant information they may have learnt while filming was ongoing.

“That sum may be reasonable if they blab the result. It’s hard to see it being fair if they simply disclosed the programme’s food budget or that one of the other contestants liked Abba. I wouldn’t expect MediaWorks to try to enforce this agreement strictly. If they did, I’m not sure that a Court would uphold that attempt.”

A season one Bachelorette, Alysha Brown, says they never had such conditions in their contracts for the show’s initial run. “We had a lot of freedom, there was really nothing like that,” she says.

She thought the tighter contracts may have been imposed because gossip around who the last remaining contestants were spread before the finale aired.

Industry expert John Barnett, the former chief executive of South Pacific Pictures, said it wasn’t unusual to impose wide-reaching restrictions on what talent could say about a show or company.

Even after a show is finished, Barnett said the production companies need to keep its reputation intact.

“They’ve built a mystique about it. Also, they’re looking at the next series … you don’t want the potential of that series to be damaged.”

The Bachelor’s second season is a good example of why it’s so important to keep former contestants constrained, Barnett said.

“That season last year didn’t work out all that well, so what you don’t want is a whole lot of people writing on social media saying; ‘here’s what really happened’. On that basis you’ll never get the next series away.”

In real terms, Barnett says the cost of people speaking out could cost MediaWorks far more than $30,000. “They’d lose hundreds of thousands of dollars if the brand is damaged,” he said.

Barnett worked for South Pacific Pictures when it made New Zealand Idol. He doesn’t recall any clause requiring contestants to pay the network if they acquired any work from their fame, but he understands why the clause exists.

“Take Naz [Khanjani], she would have got a whole lot of commercial opportunities last year. She only got those because she was on the show,” Barnett said.

“For the first year, there’s no question that every time her name is in the paper it says Bachelor star.”

MediaWorks refused requests for interview in relation to this story.

Asked how many former contestants had been issued with warnings, if the company thought it was fair to require payments a year after filming and if the social media restrictions were normal, a company spokeswoman responded:

“Contracts for The Bachelor NZ are in line with typical unscripted show contestant contracts across the board.

“As standard practise, we always encourage contestants to seek independent legal counsel before signing any contract. Contestants are also paid an appropriate living away from home allowance.”