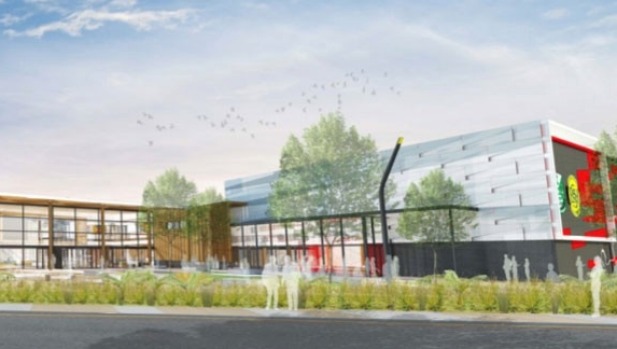 The rebuild of two Christchurch secondary schools will create the “ultimate campus” for more than 2000 students, the principals say.

A state of the art design has been unveiled for the rebuild of Avonside Girls’ High School and Shirley Boys’ High School which will share a 11.5-hectare site at Queen Elizabeth II Park.

Each school would also have an electronics lab, a 2D and 3D printing room, six science labs and an indoor fitness centre.

Avonside Girls’ principal Sue Hume said the new campus would feature better facilities than either of the schools had in the past, across every subject area.

“Being able to start from scratch has enabled ASC to come up with the ultimate campus.”

The schools would be able to offer the students completely new experiences. An outdoor “hard technology” area would allow students to undertake large projects including building garden sheds or decks.

Each school would have two performing arts practice spaces with a control room so rehearsals could be recorded.

Shirley Boys’ headmaster John Laurenson said the design was modern and sympathetic to the surrounding area.

“The two schools will be set back from Travis Rd with numerous trees and landscaped areas. It will be a very green campus.”

Work would begin on site next month and the campus was expected to open for term two in 2019.

The gyms and performing arts centre would be available for the community to use.

Laurenson said there was no doubt the campus would become “an enormous” asset for Christchurch’s east.

Both schools would continue to operate separately and most students would spent most of their day in a single-sex environment, but would have the opportunity to mix with students from the other school, he said.

“That has both educational and social benefits.”

The rebuilds are part of a $220 million contract with ShapED, which would also be building another three schools within the public-private partnership (PPP).

Ministry of Education head of infrastructure service Kim Shannon said the $220m included the cost of maintaining the schools for the next 25 years, so she could not say how much the relocation of the two Christchurch schools would cost.

“It’s been estimated that using a PPP for this bundle of schools could achieve savings of . . . up to $15m, over the term of the contract, compared to a traditional procurement process.”

In a PPP, the Government retains ownership of the land and buildings throughout the life of the contract, she said.