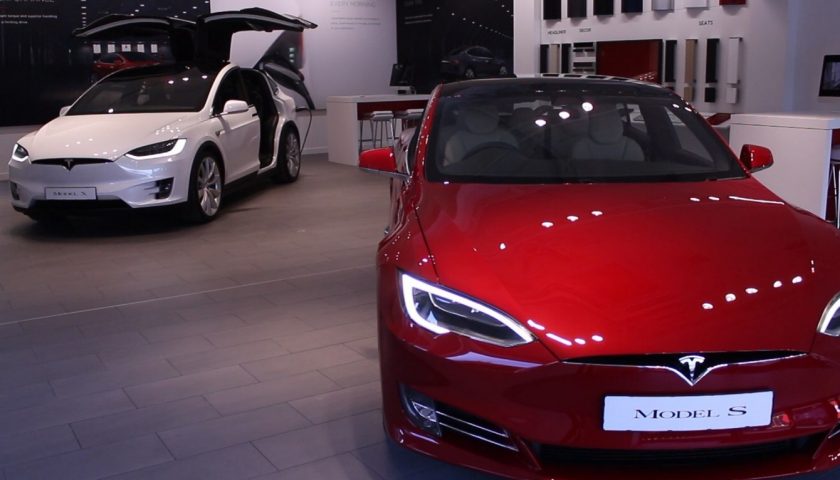 The American motor and energy company opened its first showroom in Ireland this week.

He started by changing how we use money online when he helped setup PayPal. He wants to change long-distance travel with vast vacuum tubes called Hyperloops. His wants to send humans to Mars.

And as of this week, he’s making a serious effort to get more Irish people to drive electric cars – that is, of course, if you can afford one.

Tesla, an energy and motory company setup by Musk in 2003, has opened its first showroom in Ireland to sell it’s high-tech electric cars.

These aren’t you run-of-the-mill Prius. Many models boast self-driving technology, one is currently the fastest-accelerating production car in the world with a 0 to 60mph time of 2.4 seconds.

The company is now focusing on building a number of supercharging stations, which allow you to charge a Tesla’s battery in around 40 minutes, and a number of lower-powered charging points, but will it be enough to win over Irish motorists?

Ireland may a significant charging infrastructure, but many still wonder what will happen if they run of juice in the middle of Ballygobackwards, or wake up to head to work and find they forgot to plug their car in.

We test drove two variants of the Model S  and the SUV-style Model X to see experience their main features, and spoke to one of the company’s top directors to see how he thinks motorists can be convinced to go electric.

Both cars were impressive – comfortable, quiet, highly futuristic – and performed well with few problems (the main issue found in the trial was the car’s autopilot system incorrectly reading Irish speed limits, such as 100kph as 150kph, but it was possible to override this before it took hold).

The company hopes to release a lower-range Model 3 starting at roughly €30,000 later this year.

Watch our full report in the video above