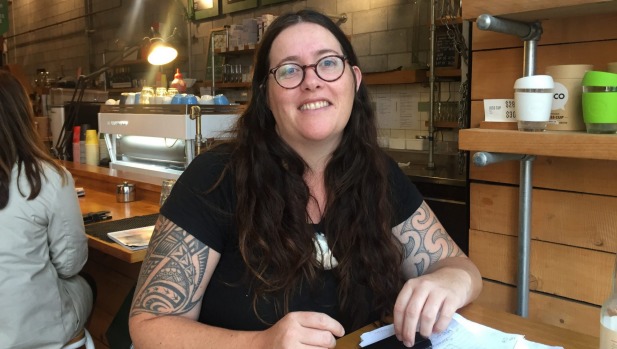 One hundred years brings with it a lot of wisdom, as author Renee Hollis has found out over the past few months.

The Nelson-based woman has been travelling the length of breadth of the country interviewing centenarians for a book she hopes to publish at the end of the year.

Since the beginning of the year, Hollis has notched up more than 50 interviews, an intensive project she felt compelled to undertake.

“I was about thinking about people in rest homes sitting there becoming sort of invisible to their communities and they had so much wisdom and stories to share so I thought why not talk to them, she said.

READ MORE:
* Wellington artist Michael Nicholson launching first book at the age of 101
* Gardening and a beer every night keeps Daphne going at 101
* Upper Hutt’s Madeline Anderson, 109, taking the years in her stride

“I just want people to feel valued and have their stories heard. With a lot of people, there can be dementia and memories can so easily get lost.”

So far, she has ticked off most of the South Island as well as Wellington, Wairarapa and parts of Auckland.

Among those interviewed has been New Zealand’s oldest living first-class cricketer Tom Pritchard, 100, as well as Madeline Anderson of Upper Hutt, who will be 110 in early May.

Hollis admitted it had been “a bit of a mission” tracking down interview subjects when she began the project in December last year, but she now had it down to a fine art.

“I contacted all the RSAs in New Zealand and also rest homes, asking for people over 100 who were lucid enough to be interviewed.”

There had been some concern that people might not want to open up to a stranger, but Hollis had found the opposite to be true.

“I think as they get older they see it as their last chance to say their piece.”

They are still very much engaged in the world, she says. “They want to talk about Trump, about politics in New Zealand, and the things they worry about.”

Among those she met were Indian-born couple Jeram and Ganga Ravji, who have been married for 82 years and will both turn 102 this year.

“He was a freedom fighter with Gandhi in India. It’s just amazing meeting these people.”

While a list of set questions helped to guide the conversations, Hollis said most of the time the chat flowed naturally, although the question of longevity was always a fixture.

“There doesn’t seem to be any rhyme or reason to getting to 100. Some of them just have really good genes, while others it seems like luck.”

Hollis, who has self-published nine books so far, planned to talk to publishers once the interviews were complete.

“I’ll hopefully finish travelling in July, then sit down to transcribe hours and hours of talking, and then order it all with the photos I have taken along the way.”