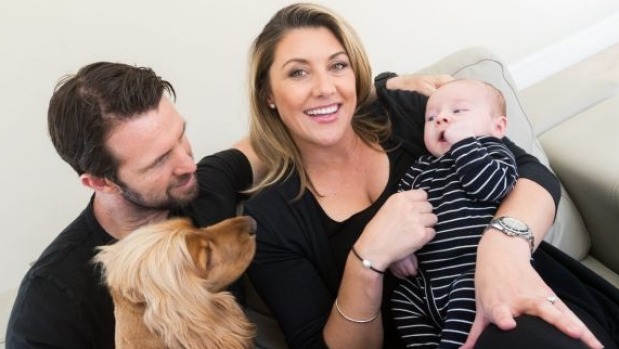 Australian newsreader Talitha Cummins has reached a confidential settlement with the Seven Network after claiming she was sacked unfairly while on maternity leave from the Weekend Sunrise programme, a court has heard.

She did not appear in court on Friday.

Her lawyer Sam Lavery said a confidential settlement with Seven had been reached, adding that Cummins would not be reinstated at the network.

Cummins had submitted an application for unfair dismissal before Australia’s Federal Circuit Court.

She alleged Seven’s director of news, Craig McPherson, contacted her in early October to say she would not be on Weekend Sunrise when she returned to work in February.

Instead, the document alleged, McPherson told her she could be the network’s 5am newsreader, earning the same rate of pay at A$1400 (NZ$1514) a week.

Throughout October, Cummins wrote to McPherson to say she was entitled to a return-to-work guarantee, the new position did not suit her family responsibilities and it involved more hours at the same rate of pay.

In November, Cummins’ solicitor wrote to Seven’s chief executive Tim Worner, saying she was protected from unfair treatment due to family responsibilities under the Sex Discrimination Act.

A law firm engaged by Seven replied in a letter saying that Cummins was a casual employee, that she had not taken parental leave and that she was not entitled to a return-to-work guarantee.

The court document said the letter constituted a termination of employment.

Cummins started at Seven in a permanent position in January 2004, but said she spoke to Worner in January 2014 about a new contract to become the Weekend Sunrise newsreader.

“Notwithstanding the characterisation of [Cummins’] employment as casual, from about January 2014 she was engaged by [Channel Seven] on a permanent part-time basis,” the court document said.

Cummins alleged the offer of the new 5am newsreader role was a form of “adverse action” because she had exercised her right to parental leave.

She also alleged that she was not given reasonable notice of termination, noting how long she had worked at Seven, her seniority, and the difficulties of securing a similar role with another media company.

She was seeking that Seven compensate her for lost income, pay her damages for hurt and humiliation and pay penalties for breaching the Fair Work Act.

In a statement, Ms Cummins said: “On reflection, I have agreed to accept the settlement offered by Seven and want to look back on my time at the network as a happy one, with a lot of good friends and good will.

“I now want to put this behind me and move on.”

A spokesman for Seven said: “We are pleased this has been amicably resolved and wish Talitha all the best.”