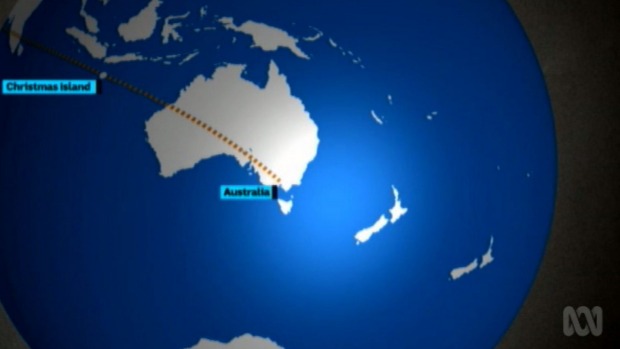 ABC News on Wednesday night showed a second New Zealand during a story about a 9-year-old asylum seeker. The girl fled Iran and was seeking compensation for what her lawyers claimed was inadequate care while she was incarcerated on Christmas Island.

As the map shifted east from Africa to New Zealand, a second and identical New Zealand shaped landmass appeared on screen.

The ABC’s own Mediawatch programme tweeted to say, “one New Zealand is never enough” after the graphics botch-up.

People responded to the tweet, predicting the Other Zealand would be called “Newer Zealand” or “New New Zealand”. One commenter suggested “Old Zealand” had just been rediscovered by the ABC.

As a nation, New Zealand has been repeatedly misconceived on maps. Reasons for New Zealand’s misplacements, duplications or complete removals from world maps have been blamed on a raft of different things.

It hasn’t just been foreigners getting it wrong either, last year our own government left New Zealand off the map entirely. An entire blog dedicated to reporting maps without New Zealand exists on Tumblr.

Some reasons for New Zealand’s misplacements have been more obscure. A group of people who strongly believe New Zealand existed in an entirely different location exist. Speaking to Stuff last year, a Californian woman said she clearly remembered New Zealand being west of Australia.

“Sixteen years ago I bought a globe. I was actually thinking about Australia and New Zealand and how I didn’t know much about either, so I thought I should really know where they are… I looked at my globe and saw it as a big landmass west of Australia. I thought ‘this is a good way to remember it, it seems exotic to me because it is further away from the United States, further west.”

She and others who have experienced the same phenomenon of remembering an alternative reality said “timestreams” must have been interrupted and their memories were in fact correct in a separate “timestream” they have lived in.

Stuff asked the ABC why its map showed New Zealand twice. The broadcaster was yet to respond to questions about alternative “timestreams”.