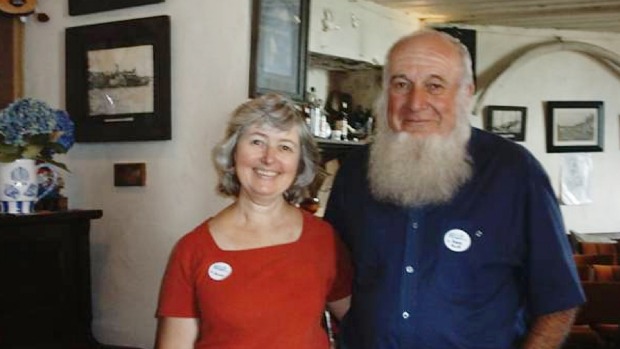 Devonport’s historic folk club is back home in The Bunker after Auckland Council closed it on fire safety grounds.

The 46-year-old folk club held its first meeting back in The Bunker, an 1891 command post on Mt Victoria, on Monday, April 10

“Everyone was comfortable, happy, and cheering to be back in the bunker,” club secretary Hilary Condon said.

Auckland Council closed The Bunker pending further investigations on February 28. However, newly installed smoke alarms, refitted doors, and plans for new evacuation stairs, have satisfied an inspector the bunker could reopen for club nights and concerts.

“They [Auckland Council] wanted us back in here,” Condon said.

The Bunker was never suppose to be a public hall, and was not supposed to be compliant or nice to people, she said.

“The council and the Tupuna Maunga Authority are both pleased to be able to reopen the bunker for use by the Devonport Folk Music Club as of this week, provided the club follows essential fire safety precautions,” McCormack said.

On Monday night, President Roger Giles donned a fireman’s helmet and went through the new fire drill, to make sure all attendees were sure of the new procedure.

Fort Takapuna was a temporary host club nights, in the interim.