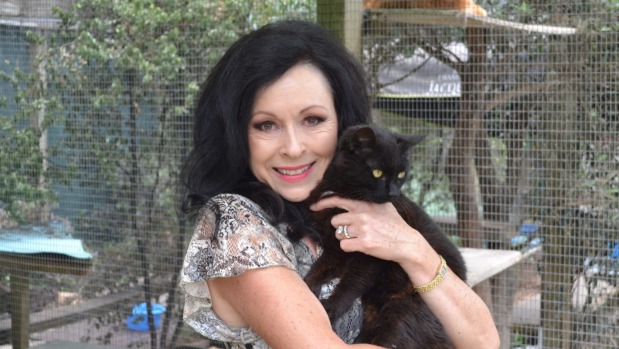 Auckland’s best-known cat enthusiast, Real Housewife Anne Batley Burton is in mourning for a treasured member of her family.

The Real Housewives of Auckland star’s pet cat Whiskey was found dead in a creek four days after going missing.

The small black and white cat, described by Batley Burton as her “Carer Cat”, was on medication for seizures.

The housewife posted to her Instagram on Monday to tell her followers that Whiskey had been located.

Batley Burton said “It’s been a really sad day for me. My Wee Man Whiskey disappeared 4 days ago. In spite of constant searches we couldn’t find him. He was found today . In the creek. Clearly he had a seizure( he was on meds) and fell in. So terribly sad. He was our Carer Cat who always took care of any cats who were unwell. What a precious wee man. RIP my precious little man.”

Earlier in the week, radio DJ, Jay-Jay Feeney took to Neighbourly to help with the search for the missing cat.

She posted that the cat had gone missing from the Huapai/Kumeu area and any information would be passed on to Batley Burton.

Batley Burton had talked about her efforts towards cat rescue on The Real Housewives of Auckland.

Her Pussy Palace became well known because of the show and is currently at capacity.