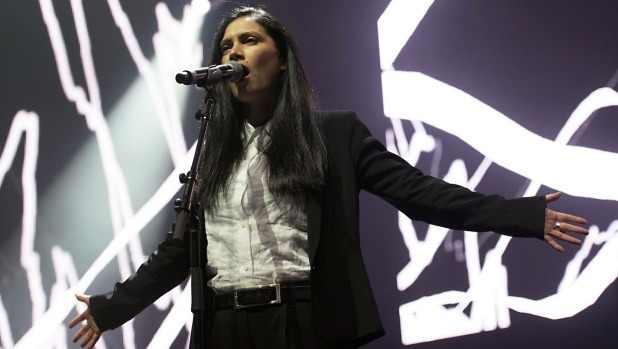 Juggling a successful musical career and being a mum to two children requires a lot of logistical planning, says Kiwi singer and songwriter Anna Coddington.

Coddington released her latest album Luck/Time last year October, soon after the birth of her son Edward. She was putting the finishing touches to the album when she found out about her unplanned pregnancy.

“It was crazy of me to put an album out when my baby was four months old, but the alternative was to wait another year and it had already been almost six years since my last album.

“It would still not been out now, I’d still be sitting on all that material and songs that had already been there for so long.”

She said it was often tough combining a successful career with children but it also had its perks.

Her partner Dick Johnson is also a musician and Coddington said sometimes it “does get tricky to have such unpredictable schedule”.

“It’s a real blessing to be able to work from home and not have to put my son in daycare.

“[But] it’s not like we just go to work on Tuesday and Friday and the rest of the time we’re at home and we don’t have to worry about work.

Prioritising was the trick to making it all work, Coddington said. “You just have to get it all in to merge in and work together.

“Because sometimes you just really want to clean your whole house but instead you have to just put time aside to just do some work.

“I applaud myself and also I’m so tired I want to die. It’s a sure fire way to get a lot more efficient with your time.”

Coddington said the album had been very well received.

“The shows have been really good as well, I’ve been playing with a really amazing band so that’s been really fun.

“We did the release tour together and then a few other shows since.”

It’s been a busy start to the year for Coddington, who was also asked last minute to perform at the David Bowie tribute concert in Auckland in January.

“Ladi6 was supposed to do it and she got sick. But luckily I’m a fan so I knew most of the songs anyway, which is good when you’ve got two weeks to learn 28 songs.”

She’s back in Nelson this weekend for the first time since 2015, playing a gig at East St Cafe together with guitarist Jol Mulholland.

“We’re going to a special two piece arrangement of the songs in Nelson. When you take the drums and the bass out it immediately dials it down a couple of levels.

“But I’m pretty sure the songs will still stand up in the two piece arrangement and the show will still be entertaining.”

Coddington said she was very excited to be eating and playing at the vegetarian restaurant, given the fact she is a vegetarian herself.

“I get pretty excited about vegetarian eateries because they’re actually quite few and far between in New Zealand.

“You usually resign to the fact that if you’re a vegetarian and you go to a restaurant or cafe and if you’re ordering from the menu you’re choosing from two or three things usually.

“So to go into a place and know you can choose anything on the menu is pretty exciting.”