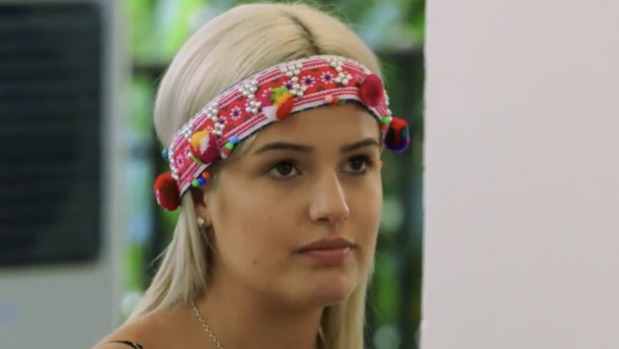 OPINION: My friend, Jessie Toiletface, has come around to my house. We’re all ready to watch Sunday night’s episode. It starts off on a massive cruise ship. Budget has suddenly been lifted through the roof. There has also been a bit of a wardrobe change up. Everyone is really pale and wearing giant hats.

Jessie and I continue watching for about 14 more minutes until we eventually realise that this is actually the movie Titanic, starring Kate Winslet and Leonardo Dicaprio. We kept watching for about 20 more minutes but then just went on Youtube and searched Titanic conspiracy theory documentaries. I ended up falling asleep watching ‘mysteries of the deep sea,’ well after Jessie had gone home.

Monday night kicks off having breakfast in Thailand… Cut to a shot of Claudia and I am shaken. Girl, I love you, but what the f… is on your head? It looks like you’ve cut the hem from a pair of HBK flair jeans circa 2001, and bedazzled it to the top of your face.

All of a sudden we are presented with some high drama montages. Finally some s… has gone down. Rosie is immediately everyone’s favourite bachelorette. There is a scene where she and Ivanka are having a fight and Rosie says “do not come for me with that attitude, b…..” It’s amazing. I’ve never seen this level of Ru Paul’s Drag Race drama on New Zealand TV before. Damn I am proud of our great nation today.

There is an actual line of dialogue where Zac looks at the camera and says “I picked these three girls because I want to see how the handle doing something fun”. Zac. Who hurt you bro? What kind of life have you lived where you need to test out how someone handles having fun?

I am pretty sure Zac is just reading off a script for everything he says. If the writers for this show are anything like I am, the script has been written on the back of a parking ticket with a pen that is running out, just 12 seconds before the footage was shot. Actually maybe I just wrote this whole show when I was drunk? That would explain the time I woke up with $50 cash in my bra and then went and spent it on banana loungers at Bunnings.

They all go rafting. There are some beautiful shots of the New Zealand bush that they’ve pretended are shots they filmed via drone in Thailand.

I hate watching people flirt by splashing each other. Just stop. If someone splashes you it’s because they like you and they wanna make out. I was in the sea just this summer and a guy ‘flirted’ with me by splashing me with water. Instead of splashing him back I just cut out the middleman and started making out with him furiously, right there in the ocean. Saved my hair from going all frizzy. He was a total stranger but he splashed me first. I knew what that meant and had no time to waste.

But for this episode, we all have to painfully sit and watch as these three women splash Zac with their paddles only for him to take turns evenly splashing them back, making sure that each girl gets enough splashes so they don’t feel left out. It is depressing. Either start making out with each other or just drown.

The sound track from the end of Titanic is used to indicate that the rapids are getting dangerous. However, not even music can fake this. It’s obvious to all of us that these rapids are piss poor. Cyclone Cook brought more rapids to the gutters of Ponsonby Rd than this.

Vianni has an excellent squeal/giggle noise that she makes when going down the rapids. I’ve always wanted to sound like that when I squeal. However, I end up just sounding like a panicked Chewbacca having a really intense argument with a pre-recorded answering machine.

Finally the huge drama is revealed. It is actually hilarious.

Turns out that Ivanka has hooked up with Dom a bunch of times, like three years ago. How the hell do you not think to check if any of the bachelorettes have hooked up with the host before casting them on the show? This is probably the most New Zealand thing ever to happen. We literally have so few people in this country that we can’t even make a dating TV show, without one of the contestants having been involved with the actual host.

I had applied for The Bachelor myself and as soon as I found out Dom was hosting, I withdrew my application for this exact reason! I didn’t want our private history together to be aired publicly… (kidding, lol)

The best bit of this whole thing is listening to Dom having to voiceover his own drama. There is a shot of Ivanka saying, “there is something I need to tell you”. Then it cuts back to Dom narrating again just like ”will this chick I hooked up with at Longroom  tell this dude Zac that we got off with each other? Find out after the break.”

Molly goes home at the end. I love her. I say this with full bias because she’s my mate in real life. If I didn’t know her personally, I probably would have ended this whole blog without mentioning the rose ceremony or who went home at all. I care that little. Love you Mol.

Alice Brine is performing live at the comedy festival. Tickets are available here.