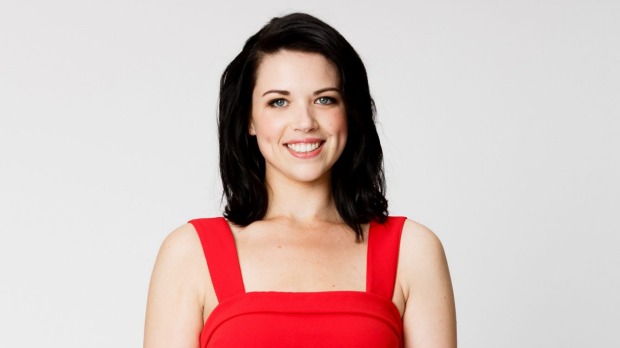 OPINION: I’m in Lower Hutt at my mum’s house. We were supposed to have a nice birthday dinner together but she suggested that we just get KFC instead. This was music to my ears.

That’s the truth though, sometimes all you really want to do is eat KFC, enjoy it at the time, and then hate yourself afterwards for like a month.

Our dreams were shattered when we returned back from the drive through to find the entire street had no power. Mum made me call the power company. I put the dude on speaker and mum just yelled abuse in the background. It didn’t fix the problem at all. We ended up sitting under a blanket, watching the bachelor off my phone, eating potato and gravy, in the dark.

After three very intense minutes watching this off my phone, the power turned back on. Much like this show, our reaction to the power cut was a lot of drama over absolutely nothing.

This week, I decided to give my mum a pen and paper and ask her to take her own notes. I wanted to see if her thoughts and feelings would be as savage as I’d imagined, I was correct. Mum did not hold back.

When I write these blogs, I make an effort to never say anything personally offensive or mean about any of the individual women on this show. Mum on the other hand does not seem to mind at all.

Notes from my mum one:
-Rosie thinks she is a bit better than the rest. Alice says she likes Rosie. I’m not sure.

-Sarah could have prettied herself up a bit

-Actually I take that back ( has own natural beauty )

-is she scared of the fish?

If you can’t tell from the notes what’s happening in the narrative then that’s not my problem. Should be blatantly obvious from that.

Notes from my mum two:

“I’m private… She’s trying to portray what she perceives as private – NOT WORKING! Does she think it makes her look deep & mysterious? Stupid b…., you’re on f….. telly… miss private walls down. [incomprehensible] She got a rose. I wouldn’t have given her a f…… rose. She’s too private”

“They need to have a real f……. bitch on this show to make it good.”

“If he were my son I would say to pick the girls that don’t have huge as tattoos. F…… gross tattoos everywhere.”

“The ugly one looks sadly a little bit like a burns victim.”

“It was not exciting this week.”

I’ve provided photo evidence of the note. You can tell that my mum did actually write these by the typical mum handwriting.

It’s Monday night’s show. I’m back in Auckland now so sadly mum was not here to set the roof on fire with her savage commentary.

We’re in Bangkok and lily has a cool denim dress on, so far her dress is the most interesting thing to happen in this episode.

They’re literally in Bangkok and the directors have managed to make this whole episode about as interesting as if they’d taken a tour of the Creamoata Factory in Gore. Creamoata is a porridge by the way. That’s right, I compared the entertainment level of this show to an actual porridge factory in Gore.

At one point in the show you can see that Zac is just getting really over everything.

He looks at the camera and says “I just want to go and talk to someone that I know I can have a laugh with, so I went and hung out with Lily.” This is such a give away. Being able to laugh together is literally all it comes down to. I was in a relationship for like five years and the moment we lost the ability to laugh together was the moment I realised it had all gone up s… creak.

Pick the one you can have a laugh with and hold onto them for dear life. A really good way to maintain laughter in a relationship is to go to live comedy shows together. Oh you know what? I happen to have one of those coming up! What a crazy coincidence.