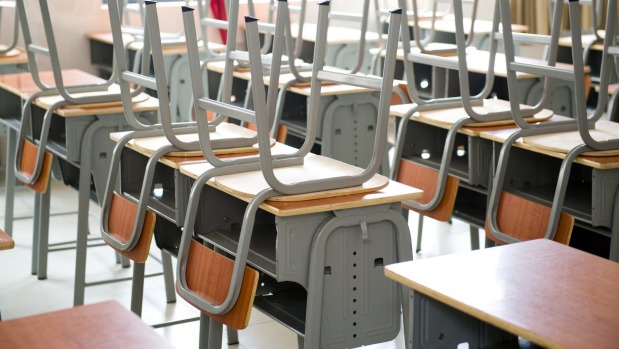 A small town teacher has been censured but can continue teaching after repeatedly falsifying information about his students’ results.

Teachers must have another specialist teacher in their subject moderate their marking before it is accepted by the New Zealand Qualifications Authority (NZQA).

Gittins, a qualified teacher in the UK, moved to Akaroa with his Kiwi wife in 2013 and took up a two-year appointment at the school.

After unsuccessfully seeking a permanent role he was “upset and simply wanted to get his paperwork done and leave,” the judgement said.

“He took on a large workload and on reflection he should have asked for help. He said he didn’t prioritise his work properly, and he took shortcuts.”

The tribunal heard a teacher at another school offered to verify Gittins’ grading marking but he said he had someone else doing it for him.

Concerns were raised when external NZQA moderators said they weren’t confident in the accuracy of a sample of Gittins’ marking. He had already left the school by the time principal Raymond Bygate contacted the other teacher and confirmed the forgery.

Though Gittins was remorseful, the tribunal felt he did not appreciate the “enormity of his actions”.

“Although his manner at the hearing was not arrogant, the respondent’s conduct was certainly self-centred … he made no mention of the students,” the judgement read.

“The conduct is not illegal but it drives at the heart of the country’s secondary education system.”

During the hearing Gittins accepted he had “broken trust” but said he had “a lot more to offer”. He will keep his teaching certificate with a condition to inform any prospective employers of his censure.