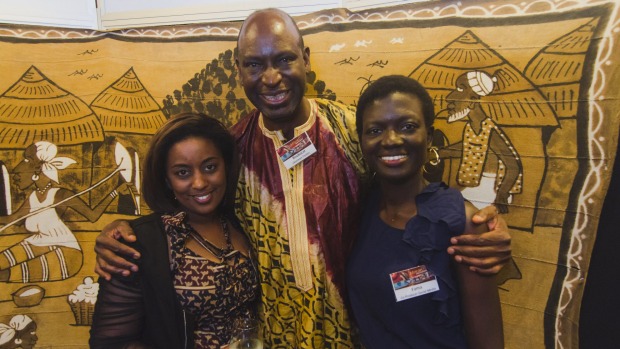 Widening the scope of art and culture in the capital is at the heart of a decision to bring the Africa Film Festival south for the first time.

Wellington will host a three-day taster of African films at the Embassy Theatre – a first for the fledgling festival.

Founder and chair Boubacar Coulibaly, originally from Mali, said since the beginning, people from both Wellington and other parts of the country had been hoping for expansion.

READ MORE:
* Exploring Africa through the eyes of a mask
* Africa Day unites the continent
* Wellington Film Society lives up to name for opening movie

This is the third year the film festival has been run in New Zealand and Coulibaly said it seemed to have struck a chord with local audiences.

“It’s been really well received in Auckland, people seem to talk about every single movie and really engage with them.

“There are so many languages and cultures represented so it can be quite challenging but we are on a cultural safari together,” he said.

Four full-length movies and one short film will screen at the Wellington event – a small but powerful selection according to Coulibaly.

“We’re spoilt for choice because we have 54 countries to select good movies from, and literally there are so many movies out there.

“The opening night film is from Niger and in Auckland, we sold out and had to put on extra screenings.”

The task of selecting the films was undertaken by festival producer Fama Ndiaye​ – a process that, while difficult, had also been a lot of fun.

“I have watched a lot of films so it wasn’t the easiest task to choose but we are partnered with a lot of international film festivals so that’s our main source for selecting films for a New Zealand audience.”

The films also explore themes of the clash between traditional and modern ideas – especially for women.

“It’s about telling our stories in our own way so all the films are made by African filmmakers and in Wellington, three of the movies have been made by female filmmakers,” Ndiaye said.

It’s not just African films on the agenda for the early May event, with organisers joining forces with the local African community.

“We are trying to make it a week of African culture, with the festival tying into Africa Day celebrations in Wellington.”

Organisers hoped the Wellington event would be the first of many expansions throughout the country in coming years.

“People have told us that Wellingtonians are very much into their art so we’re a bit nervous about it but excited,” Coulibaly said.

*The Africa Film Festival runs from May 3-5 at The Embassy Theatre. Visit africanfilmfestivalnz.org.nz for more information.